Why Has He Stopped Texting Me?

Why has he stopped texting me? it’s one of the most frequently asked questions in the dating game, and also one of the easiest to explain. If you’ve ever found yourself sitting on your bed waiting for a text from a guy that’s never going to come, don’t reel off a million messages to him demanding to know why the texting stopped – your dignity is worth more then that! Quit sending your friends, “Why has he stopped texting me?!!! ☹” messages, and read on to find out why, and what you can do about it. 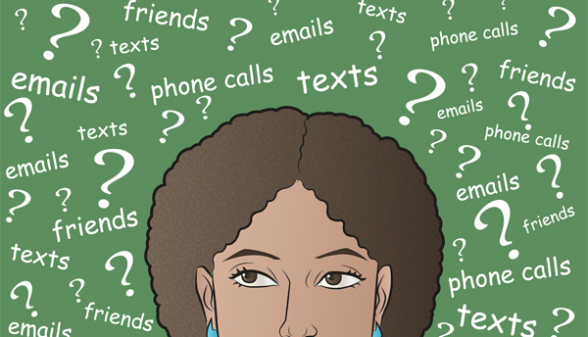 “Why has he stopped texting me?!” – asked every woman, at least once in her life’

So you went on a date with a guy, he sent the perfect follow up text the next morning, and the days that followed were texting bliss. Then, suddenly: Silence.

You’re left staring at your phone and rereading the messages, asking yourself what it was you said that put him off so much. You send countless messages to your close friends and get a long list of responses:

“Why has he stopped texting me?!”

Urghhhh. This kind of thing is so frustrating, and it happens ALL. THE. TIME. But the answer to the question, “Why has he stopped texting me?” probably isn’t as exciting as your friends think. It normally comes down to one of three things:

He’s Just Not That Into You

In the famous words of Justin Long: sometimes, he’s just not that into you.

And there’s nothing wrong with that.

Maybe you did have a great date, and he thought you were a nice girl, but didn’t feel that ‘spark’. So he sent you a follow up text the next day because he didn’t want to hurt your feelings – but then the texting got out of hand.

‘Breaking up’ with someone after just one date is kind of awkward. You run the risk of being embarrassed by looking like you took it all way too seriously if you send the big; “I had a really great night last night but….” Text. Sometimes it really is better just to keep quiet. Sorry.

On the other hand, he might just be a jerk. He was all thumbs and messages when he had nothing else going on, then as soon as another girl walks past him he’s off on yet another chase, leaving you sitting on your bed eating chocolate and asking: “Why has he stopped texting me!”, to yourself, your friends, and your Ryan Gosling poster.

The idea that guys have a ‘one track mind’ is misleading: trust me, they can sure track a whole lot of girls in that mind, and you might have just be the lucky one who he let slip by.

Texting 5 girls at a time is normal for lots of guys – after all, to be fair, it’s perfectly ok to be into more than one person at ones, as long as your treat them all with respect – and as soon as one of them gives an obvious green signal, that might just spell the end for the other 4. Count your lucky starts that you were ‘the one that got away’ from this player.

One of the most frustrating things for guys is when girls look wayyyy too deep into their text messaging.

Men are not always the emotionally communicative and in-touch creatures we would love them to be, and they often don’t know that leaving you hanging on a text might lead to your severe emotional demise.

In his mind it goes like this: I like you, that’s obvious – I’ll give you a call when I’m going to ask you out.

Kudos to you if you caught this guy – he might not be a text wizard, but at least he knows what he wants!

So, you’ve worked out which category your ‘Why has he stopped texting me!?’ cries fall in to. Now, what do you do?

DON’T text him again on the same day

Don’t be that double texting girl who sends the ‘smooth’ second message in the hope of squeezing one last text out of him.

Trust me, it doesn’t work and it’s not worth your dignity.

If he’s into you but not into texting, he’ll appreciate the space and give you a call when he wants to ask you out. And if he’s a jerk – well, he’s a jerk.

If you’re quite sure he doesn’t fall in to the ‘jerk’ category, there’s really no harm in sending a follow up text after a few textless days. Just something light and non-accusatory, like:

“Hey, it’s been a while, up to anything this weekend?”

If he’s not in to you but a nice guy, he’ll at least feel bad enough to come up with an excuse, and then you can go on your merry way knowing it was nothing you did.

And if he is in to you, you’ll probably get a text back saying:

“Of course I am – taking you out to dinner!”

It’s a win-win situation. (And if there is no response, then refer back to above)

Why Has He Stopped Texting Me – Really?

There are so many reasons why has has dropped off the face of the earth, and almost non of them have to do with anything that you did – so don’t take it out on yourself.

Next time you’ve got something going with a guy and the texts dry up like an Australian summer, forget about the “Why did he stop texting me?!” phone calls. Stay calm and composed and follow the rules. Trust me, they work.

Out of creative message ideas? Sign up for our free 30 day Texting Club trial and you’ll receive over 300 text messages! 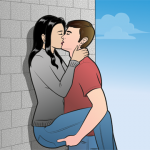 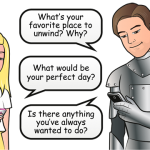 Flirty Texts To Send To A Guy You Like  Go

25 Responses to “Why Has He Stopped Texting Me?”