What To Send When They’re Not Responding

A very special guest has stopped by today, Sarah Jones from Introverted Alpha. In addition to being an amazingly cool person, she has been featured on Your Tango, Yahoo, Business Insider, Cosmo and Ask Men (just to name a few!). I’m thrilled to turn over my blog to Sarah, as she takes a closer look at the age-old question of: “what to do when they are NOT responding”…. 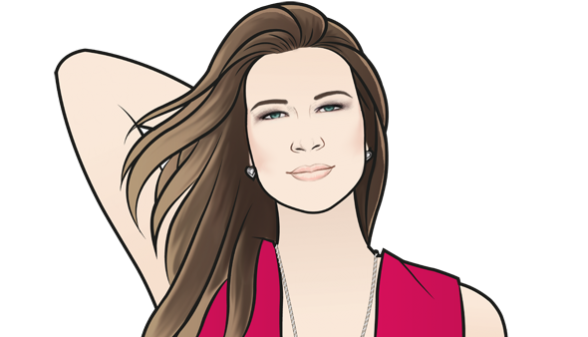 You know that sinking feeling in your stomach when it’s been six hours and they’ve not responded? We’ve all been there. Fact: waiting for a text is not nearly as fun as eating ice-cream. Not even close.

The worst part about them not responding is you potentially feeling ridiculous and lost. Should you text back? What you should say? Do you need to be promptly admitted into the INSANE ASYLUM?

Without set sanity checks, you just don’t know. Understandable, yet (thank the holy heavens), not the way it has to be.

Today, you’re about to achieve the peace of mind that comes from knowing what to do after a date, two, or three, when they’re not responding to your texts.

It’s always nice knowing you’re not nuts. Instead, when you’ve got these sanity checks in place, you can rest easy, prop your feet up, and know you’re doing the right thing. Well, it might not be QUITE that chill, but it can at least feel a little more like that after what you’ll learn today.

Whether you should wait out the Storm of Silence or send a light, playful text, you’ll be able to do the right thing for the situation you find yourself in.

It’s never easy lurking around your phone like an addict waiting for his next hit (I’ve been there), but it is definitely less nerve-wracking when you’ve got a gameplan you can trust.

You’re about to learn 3 Texting Sanity-Checks to help you send the right text after a long silence on their end to help facilitate their (ideally, speedy) response.

Sanity Check #1: How dire is the situation, really?

Whenever you feel your palms get a little tingly and you’re tempted to join Chicken Little on his escapades, do a little reality check:

How long has it actually been since you last heard from this person? Take the normal amount of time between your texts and multiply by four. For example, if you usually text about 3 hours apart, If it’s less than 12 hours, no need to freak out. Just move onto Sanity Check #2.

If it’s been LONGER than that, you can officially join the ranks of Chicken Little. Just kidding, sort of… If it’s been longer than 4x usual, then see if you can remember what went wrong, if anything. Did you already have a sinking feeling in your stomach while on your last date or in your last conversation? If you remember, there may have been something that make you uneasy then. If it really is about you, it’s rarely a TOTAL surprise to get radio silence. In this case, there’s only two things you can do:

Step #1: Go through Sanity Checks #2 and 3, and text them accordingly.
Step #2: If they’re still unresponsive, know that it’s because of one of two possibilities:

Possibility (A): You’re still improving your dating skills and you may have turned them off without realizing it. That’s okay! We’re all learning, and if it was an amazing connection, they could have looked past it anyways.

Possibility (B): You didn’t do a THING “wrong,” and now it’s a situation beyond your control. Maybe their ex called, or maybe they had a freak-out and skipped town because they liked you so much (better sooner than later!), or maybe their phone died.

You may never know the precise reason, but see if you can figure out whether it’s Possibility (A) or Possibility (B). If it’s (A), work on building your attraction skills. If it’s (B), build your filtering and/or patience skills.

Sanity Check #2: Are you being your fun, chill self?

Pretty sure it’s hard to be playful and chill when you’re freaking out, but that happy-go-lucky, confident, independent side of you is what attracted them to you in the first place.

Keep it light and playful because we all want to be around people who are pleasant, especially when we’re just getting to know someone. Text them a photo of something beautiful or cute. Make a joke. Send them a funny face. Whatever.

Text something no-pressure light and fun, even if only to cheer yourself up 😉

Channelling that playful part of you is not about pretending to be happy in a weird false way.

Rather, it’s about genuinely getting in touch with that part of yourself and acting from that place until you know something TANGIBLE about the reason they’ve not texted you back yet.

This will help them get present to how awesome and fun you are and — wait for it — text you back.

Sanity Check #3: Are you smothering them or giving them too much space?

Make sure you give them enough space using the 4x-Normal Rule in Sanity Check #1.

Avoid the temptation to send 1,237 texts in twenty minutes. It might help keep you from hitting send on, “Where are you? Do you still like me?!?” if you imagine yourself after the fact like, “Okay. Shit. I just sent 1,237 messages…” That’s often enough incentive to sit on your hands for a moment.

At the same time, are you insistent on waiting to hear back from them before you text again? You don’t always need to be that severe. Texting twice in a row in the beginning is fine, especially if it’s been several hours and it’s possible they’re swamped with work or something and would enjoy hearing from you.

At the end of the day — in spite of some crazy suspense — see if you can manage to enjoy the tension.

Remember that whatever you’re experiencing is because you are “in the game,” so to speak. You’re dating. That’s awesome! That’s the only way you’d be experiencing this right now, so keep at it.

At the end of the day, you’re dating because it makes you happy, so don’t forget to find happiness even in the most cray cray situations. 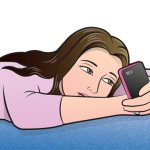 How to Get Him To Ask You Out Over Text...NOW  Go 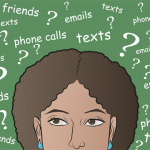 Why Has He Stopped Texting Me?  Go

Sarah Jones founded IntrovertedAlpha.com to help smart introverted men attract women naturally. Her work has been featured on AskMen, Cosmo, Quiet Revolution, Business Insider, San Francisco Chronicle, and more. She loves helping men use their natural strengths to attract women, without having to use tricks or be someone they’re not. Go to IntrovertedAlpha.com to get her free materials on attracting women naturally.

View all posts by Sarah Jones