Last November I was hanging out at a UK Dating Awards after party when my good friend Laura Yates introduced me to Paul Thomas Bell, Scotland’s top dating blogger. From the second I met Paul, I liked him. He was authentic. He was cool. Guess what? He’s on the blog today talking texting, dating and much, much more! 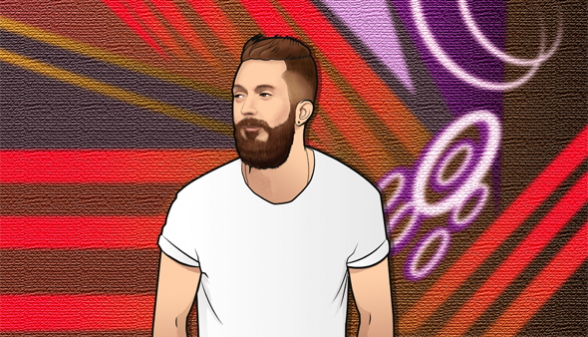 Paul was rocking a hipster beard. He was relaxed, smiling and definitely not trying to be someone he’s not. His accent was beyond cool (he’s Scottish)…And you know what? His networking skills were just as top notch. Paul’s column, “The Boys & The Bee’s” has found popularity on The Evening Times and Herald Scotland. Oh, and did I mention that he’s a FHM featured dating blogger?

Fast forward to a few days after the party.

I was back on Swiss soil, so I decided to reach out to say hello. Paul answered in a very unique way by doing something I will never forget:

“Got you in the Scottish newspapers this morning 🙂”

How cool is that?

1.) What are 5 rules that you personally follow when texting girls or texting in general?

1. Don’t overthink things – you know that thing where you write a text, read it, then re-write it another twelve times? Just go with the flow, relax, and always be fun and positive.

2. Don’t seem over-eager – There’s nothing worse than someone who comes across as really desperate. Whether it’s the guy or the girl it can be extremely off-putting for the other party. Dating should always be fun and exciting! A lot of people put so much pressure on themselves to meet someone that they let their desperation outshine their true personality.

3. Never text back if they haven’t replied to your last message – This follows on from the second point, if you’ve sent a text that includes a question prompting them to respond and they haven’t, then don’t send another text. I know it’s hard and I know you start asking yourself: Did they see it? Did it send properly? Did they just ignore it? The answer is yes, yes and yes. Don’t lower yourself by continuing to text when they’ve blatantly ignored you.

4. Keep it clean – If you’ve just started dating someone one of the most exciting things to look forward to is the gradual process of the relationship becoming physical. If we go right back to basics, these are the butterfly moments, the best parts of an entire relationship. Don’t ruin such an exciting period because you were feeling a little frisky at 2am on a Saturday night. It’s really not worth it and, if anything, it will leave you full of regret afterwards – particularly if you’re serious about this person.

5. One Kiss – how many kisses should I put at the end of a message? How many kisses should I put after two weeks? It’s amazing how much we analyse the smallest things when it comes to texting. How many people have put three kisses in a message because the other person did, then the next time they respond they put two kisses and so you follow suit? It goes on and on until it becomes an unspoken, painful awkwardness.

As a guy, I always put one kiss, before the first date, after the first date, two weeks later…trust me when I say it saves a lot of hassle and doesn’t leave you hanging when she puts less kisses than you. On the flipside, who am I to judge if you’re madly in love and you both put ten kisses after every message? More power to you I say.

2. Is there a text you regret sending and why?

When I was a lot younger and my first serious girlfriend ended our relationship, I’m pretty sure I sent some awful texts to her, I was just angry and a little heartbroken—we laugh about it now. If it’s done the right way I don’t think you should ever give someone a hard time for ending a relationship, people underestimate what a difficult thing it is to do, but no matter what it should never be done by text.

3. Are there any specific female texting habits that turn you off?

I always try and keep my swearing to a minimum (well as much as a Glaswegian can) and so I find it a bit off-putting if a girl constantly swears. Old school text speak is also a nightmare but I’d be surprised if any girl over a certain age was still texting like that.

4. How do you keep a text conversation going?

Two things, be interesting and always show an interest. Never come across as arrogant or cocky, but you have to give someone a reason to want to speak to you, whilst at the same time you also want to provide them with the opportunity to reply, so include at least one question in every text, that way you can’t go far wrong.

5. What do you send a girl who isn’t responding? How long do you wait before you “write her off”?

So this is always a tricky one.

I’m a big believer that if someone wants to speak to you, they will

However, sometimes you might really like someone and so it’s easier said than done to write them off. I know there have been times in the past where I have spoken to someone on and off and eventually met up several months down the line so it’s not always a lost cause if you don’t get a reply straight away.

As I said before however, you have to be conscious of appearing desperate, if you message again before they’ve replied it looks bad, but if you message AGAIN after that you may as well drop your phone to the ground and stand on it, because you’re not going to get a reply.

6.) What’s the best text message you’ve ever received? Why?

Funnily enough the best text message I ever received was a particular person breaking up with me (yes again haha). I had just turned 25 and ‘thought’ I was in love when in fact this person was really the cause of me being in the biggest rut of my life. I was devastated when she ended things, but looking back my life didn’t really properly begin until after that relationship ended. I travelled the world, my career took off, and generally I really grew as a person. It’s such a strange concept to be so unbelievably grateful about something that left you so heartbroken – at least for a little while anyway. Escaping that relationship was quite literally one of the best things that’s ever happened to me and I owe it all to that one little text she sent me.

If you like what you’ve read so far (which I’m sure you have!) make sure you check out his blog

Paul Thomas Bell is a FHM featured dating blogger and online columnist for the popular column, “The Boys & The Bees” featured in The Evening Times and Herald Scotland. He has appeared on television and radio programs including the STV TV channel and BBC Radio 5 Live, but blogging is where he got his start. He was shortlisted in 2015 for Dating Blogger of the Year at the UK Dating Awards and this year he’s a Dating Category finalist at the UK Blog Awards. Along with fellow dating blogger Naomi Lewis, Paul has started a new social media management company—LUCKY 52—helping small businesses perfect their online presence. 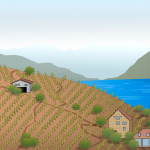