James Preece is a leading UK dating expert and will soon be on judging duty for the US Dating Awards. I got the chance to chat with him and get his views on the future of dating, staying classy while flirting and the best text he’s ever received – one that ultimately led to marriage! 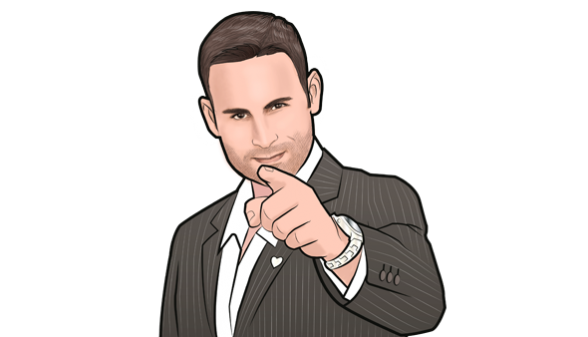 It’s not every day that you get to chat with someone who has over a decade of experience helping singles all over the world end up blissfully “coupled up”. I wondered what kept a lot of singles stuck in “singeldom”, so of course I started out with that very question.

James told me the biggest obstacle people had to finding love was just getting started, thanks to the plethora of options available to modern daters. As a dating guru and relationship expert, he was often called on to give advice on how to make online dating work for his clients, but stressed the importance of traditional skills as well.

“People are getting fed up with meaningless dates so they want to learn how to make things happen more naturally,” he said.

That means the revival face to face dates and a renewed emphasis on “the old skills such as flirting, conversation, seduction and good old fashioned romance.” Ultimately, the work he’s doing with his clients is about enabling them to forge “deeper connections and longer relationships”.

Of course, millions of people are still using online platforms to find potential partners. So how do you keep interested people you’ve never met? James said it’s “to do the one thing most people have forgotten how to do – pick up the phone and speak to them!” Building a connection before meeting up will make that first date a lot easier.

Equally, those in long distance relationships have to put the effort in as well. As well as communicating regularly and meeting up when possible, he told me the secret “to both try to trust and respect each other. Jealousy is the last thing you want to experience in a LDR.”

Be Bold And Stay Classy

I shared with him a common concern of women: the fear of appearing to try too hard when flirting. He agreed it wasn’t a great image to project, but had a few words of warning. “Guys are notoriously bad at knowing whether or not women are flirting at all. They just can’t pick up or read the signals! So you do need to be bold if you want to make it obvious you like someone. If anything, they’ll be flattered.”

It seems there’s a balance to be struck.

So how can women be bold and stay classy? “Don’t drink too much!” was his instant reply. He told me it was common for women to take courage from alcohol and then come on too strong.

His wise words: “If you want to stay classy, let the man know you are interested and then let him come to you.”

The Future Of Dating

Dating coaches haven’t been around forever, but are now a booming industry. James believes people have become fussier than ever. He predicts big changes in the dating scene and reveals that many companies have already seen people start to act differently to a few years ago.

“Choosing a partner is really difficult,” he said, “and to overcome this, singles will start to look a bit deeper than just looks.”

James heralded the US scene as “leading the way and…several years ahead of anyone else.” He is judging at this year’s US Dating Awards and spoke about the differences from the UK.

“[It’s] so much bigger than anywhere else in the world. Dating coaches are as common as personal trainers and joining a dating agency is as normal as signing up to a gym. Dating more than one person at a time is perfectly acceptable and it’s much faster paced than the UK.”

What’s Next For This Relationship Expert?

His own future includes some exciting new developments as well, as his new dating advice Youtube channel has just launched. Featuring guest experts from across the world, I’d of course recommend subscribing. James said his motivation to keep producing new content was learning from each new client, and that he loved the creative process of thinking up new products to change lives.

“I have to help solve new problems and find different ways of presenting the solutions. The way we date is constantly evolving so I have to keep on top of things so I can help in the best way possible.”

Finally, I had to ask about texting! I gave him one text message to ask a woman out, and he kept it simple: “You + Me = Cocktails tomorrow?” And the best text he’d ever received? This gem from after a date: “Your charm must have worked…I’d love to see you again!”

James explained its effectiveness, “I immediately knew that she liked me and that she was confident enough to admit it.” I asked whether the relationship had gone anywhere. “We’ve been married five years now,” was his reply. Enough said.

James is one of the UK’s leading Dating Experts and Dating Coaches. He has been working in the industry for over a decade and is involved in a wide variety of different areas, such as personal dating coaching, Online Dating, singles events, matchmaking and consulting for many dating companies.

He is a very experienced Relationship expert and has helped tens of thousands of men and women find love, build confidence and improve their relationships.

James is a regularly featured expert in top UK and international media: such as the Independent, Cosmopolitan, OK Magazine, Men’s Health, Match.com, The Sun, Ann Summers and often appears on radio and television.He is regularly hired as an expert for PR work for companies including Disney, Head and Shoulders, Lastminute.com, Icelolly and Blu E-cigarettes. James has clients all over the world and is the author of 6 best selling dating books, including the Amazon Number One best seller I Will Make You Click: Online Dating Secrets Revealed 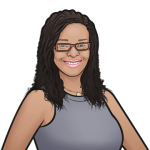 10 Signs A Guy Is Really Into You  Go 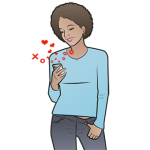