How To Avoid Conflict In A Relationship

Urgh. Drama. Who needs it?! Everybody wants a drama-free relationship. Drama is totally fine when it’s on Netflix, or when it involves our friends and their relationships, but when it enters our own? Okay, first the bad news: If you’re in a relationship, there will be arguments. Even the strongest couples have arguments. The good news? Drama can be avoided. 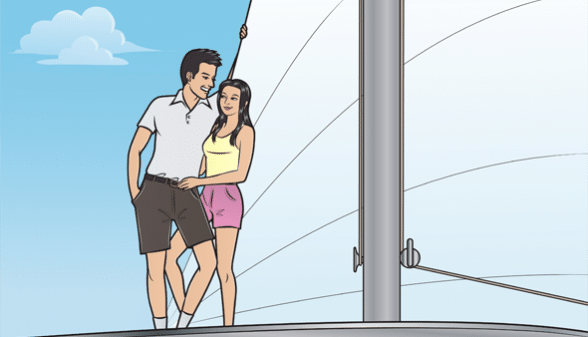 In this article, we take a look a look at the top 3 tips for how to avoid conflict in a relationship.

There is a difference between the two.

Drama, is usually stirred up and created

Arguments arise when there is a misunderstanding. It’s usually accidental. Either you booked a dinner with your parents on the day of the Super Bowl, or he set fire to the whole house while trying to make some toast (again).

Or maybe you’ll argue over dates and what to do this weekend.

Follow these 3 tips for how to avoid conflict in a relationship:

Easiest way to create more drama in a relationship than there is on Netflix? Bring up the past – again.

Your partner is sick of hearing about the past and what they did wrong, and perhaps you’re tired of bringing it back up. But for whatever reason – point scoring, you’ve had a bad day, he’s triggered you with the toaster thing – you can’t help but go there again.

Don’t. If you want to know how to avoid conflict in a relationship, let go of the past. Move on from their ex boyfriends/girlfriends and the errors they’ve made. Let sleeping dogs lie.

Forgive and forget for the sake of your relationship

Make a deal with him/her and tell yourself that you’ll never bring up the past again.

2. Stop Being Right All The Time

If your sole purpose when entering an argument is to win the argument, you’ll create a tornado of drama that can linger for a long, long time.

The end goal of an argument between couples should not be a selfish win. Instead, it should be a resolution that suits both parties.

If you go into an argument with this goal in mind, you’ll be determined to reach a satisfactory conclusion. As a result, you’ll be prepared to concede points, you’ll actively listen to your partner – and you’ll accept that maybe you were wrong this time.

Bonus? There’ll be no drama.

On the other hand, if you’re always in a bullish mood and HAVE to be right, you won’t listen to your partner, you won’t concede that you did anything wrong and you won’t stop for a breath until you’re proven right.

Result? There’ll be lots of drama, possibly including a “to be continued …” that resumes later that night in the bedroom.

When you want learn how to avoid conflict in a relationship, it’s important that you are prepared to shelve your ego and admit that you were wrong from time to time – even if you weren’t. If it helps you to reach an amicable conclusion quicker, be prepared to accept responsibility and get that bottle of wine cracked open ASAP.

3. Talk About Everything As Soon As Possible

If there is something on your mind – something really important that you need to talk to him about, and which is bothering you – the easiest thing to do if you know it might cause conflict is to keep it bottled up.

“I’ll tell him later,” you say to yourself. “Maybe it will go away. I feel silly for mentioning it now. It’s probably nothing.”

The problem is that when we don’t air our grievances there and then, they build and build.

Slowly, they fester, mutate and we start to feel resentful.

Worse still, your partner still doing the thing we hate. It’s not exactly their fault, because we haven’t told them that it bothers us so much.

Communication Is Key For How To Avoid Conflict In A Relationship

The foundation for all successful relationships is communication. If your partner does something that bothers you, don’t keep it to yourself. Tell him or her about it as soon as possible. They are a grown-up. They want you to be mature about this and discuss things with them.

If you don’t talk about the things that are on your chest, this is exactly how drama starts.

Couples who stay together are those who talk together. However, to make sure that airing your grievances doesn’t cause drama, you need to talk to your partner at the right moment.

Perhaps you could designate an hour each week at a set time to talk to each other about how you feel the week went.
– What did you enjoy about the week?
– What didn’t you enjoy?
– Is there anything on your mind?
– Is there something your partner could do better?
– Don’t forget to compliment them during these sessions too!

These were 3 tips for how to avoid conflict in a relationship. If there is anything you’d like to add, feel free to leave us a comment below! 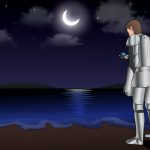 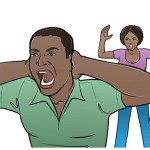