Get Wicked With Your Man With These 7 Sexy Halloween Texts

Want to lure your sexy vampire to your castle this Halloween? Do so via text. Guys LOVE it. Don’t be boring. Instead of texting “I want to see you tonight,” inject some black magic into your texting game and get creative. It will ramp up the desire for the both of you. 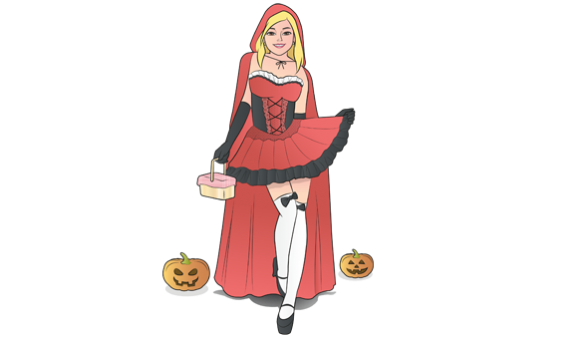 Halloween is the perfect time of the year to stir a cauldron of heat with your lover via Halloween texts. If you’re looking to spice up your love life with your man, we can’t think of a better way to celebrate Halloween than by indulging in some wicked, flirty fun that gets you both in the mood for some wildness beneath a full moon.

Save Nice For Later

Halloween for grown-ups is sexy. It’s that time of the year when you’re not only allowed to be a bit naughty, but you’re actually supposed to be naughty. Santa might want you on the nice list in December, but for now you want to be a bad, bad girl.

And that’s exactly what your man wants you to be.

So why not get into the spirit of things by sending him sexy texts that send shivers up and down his spine and make him howl at the moon with desire? He might not be with you in person, but the devil in him will be throbbing for when you two meet at the witching hour.

7 Halloween Texts To Try Out

Out of creative ideas? We’ve got you covered. Here are a few Halloween texts you could send him throughout the day. Let him know you’re dying to sink your fangs into him. There has never been more of an excuse to create sexual tension.

Here’s a classic flirty text. It’s funny, playful and very sexy. You want him to turn up in his outfit, but he’s got to promise to show you everything later on …

During the evening, you’ll be answering your door to the neighborhood trick-or-treaters. As such, you and your man won’t have the time to play your own wicked game of trick or treat. But it’s no bother. The anticipation is what makes things fun. And this text is a creative way of telling him you want him to come over tonight.

“Want to come over and help me hand out some candy…you might get some of your own ;)”

You can’t let Halloween pass without sending this suggestive text to your lover. However he answers, he knows he’s in for an exciting time tonight. You’re basically letting him know that you’re game for some devilish fun this evening. But what you’ve got up your sleeve, you really can’t say just yet. He’ll have to wait.

When he asks what you’re wearing?

“Just my witch hat and some killer heels…”

Tonight is All Hallow’s Eve, the night when everyone gets a little bit wicked.

“…you’ve never met a vampire like me before…just saying ;)”

This is a sweet text to send out to your man. You’re letting him know that you want to see him, and you’re using Halloween as a pretext.

“Halloween freaks me out. Are you gonna come around and protect me?”

After all, he’s your hero. If he isn’t going to come around and protect you from the zombies and vampires, who will? And who knows? It may turn out that he’s the biggest (and sexiest) vampire of them all…

Nothing is more romantic than a Halloween rescue. And the only person who can save you now is the monster slayer himself, your man. This suggestive text lets your guy know you’re craving him. Only he can rescue you – and love you – tonight (and every night).

“A ghost jacked my clothes…and I’m cold. Any warm bodies nearby?”

Halloween texts should be fun, flirty and fabulous! Happy Halloween

Don’t forget to sign up for our free 30 day Texting Club with over 300 messages! 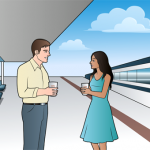 How To Keep A Conversation Going With A Guy  Go