5 Clear Signs A Guy Is In Love With You

We've all plucked petals from a rose when we were younger and pondered if that cute boy in class - "he loves me, he loves me not." If only it was really that simple. Petals and roses aside, how do we know for sure when a guy actually loves us? 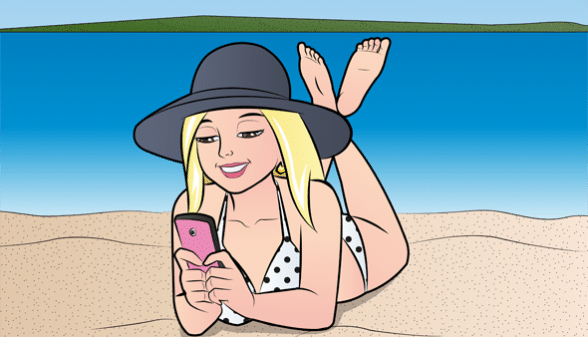 What are the top signs a guy is in love with you?

If you know where to look, guys give off subtle clues that let us know how they’re feeling, and how they feel about us. When they love us, they leave a trail of clues behind that are up to us to pick up, like roses from the soil.

Not knowing whether a guy is in love with you or not is a frustrating, exciting time, especially if you’re anxiously waiting for him to reciprocate your own feelings and tell you that he has fallen head over heels. Being stuck in limbo can be enough to put your life on hold.

After all, is he a guy who wants to spend the rest of his life with you? Or does he just see you as someone to have some fun with?

The 5 Signs A Guy Is In Love With You

If you’re unsure of his feelings right now but would really love to know, here are 5 signs a guy is in love with you.

1. He Puts You First

Maybe you had a boyfriend in the past who had his own way of prioritizing. Sports came first, then their buddies, and then us.

But at least you were above school work, right?

That’s usually how it goes if a guy is not really into the relationship.

But during the romantic falling-in-love phase, guys do a really unusual thing – they actually put you first!

If a guy is besotted with you, one way he’ll show it is by prioritizing you. All of a sudden, he’s prepared to miss “the game” so that he can spend time with you. He’s going to rush over to see you if you’re sick, despite him having a lot of stuff to do.

If your guy is putting you first, consider that it’s a sign he’s in love with you.

It’s the only explanation!

(The second explanation is that sports have been outlawed.)

2. He Calls You Up Randomly

Ever noticed when you’re in a mediocre relationship with a guy that it always seems to be you who’s doing the phoning? He texts – sometimes – but he never calls. It’s always you who calls him on your way home from work, or when you’ve been thinking about him at work.

When he’s in love with you, though, he calls you first. Sometimes, he’ll plan a phone call:

Other times, he’ll be breathtakingly spontaneous and will just call you up then you least expect it. It’s a nice surprise – and a sure sign that he loves you.

Another sign a guy is in love with you is that he’s willing to compromise.

We’ve all dated the guy who was a little bit stubborn. If he was right, he was right. He wasn’t going to back down – his ego wouldn’t let him.

When he really wanted to do something, he went ahead and did it. You just couldn’t persuade him otherwise, even though you knew it’d be so cool if you guys did something else together instead.

When a guy loves you, he’s willing to compromise. He’s ready to put you and your feelings first, and wants to reach an amicable conclusion that works for you both.

4. He Wants You To Meet His Family

When he invites you to meet his family, he’s basically shouting at you through a megaphone (nicely) that “I LOVE YOU!”

Guys can be really guarded about letting their girls meet their family. It’s only when they’re in love that they start arranging family meetings.

If he’s asked you to meet his parents, stop reading this and go meet them.

And if you’re feeling courageous, tell him how you feel about him.

5. You’re In His Future Plans

Ever dated guys who talk dreamily about their future? You see one big grin on their faces as they talk about living in Hawaii and making lots of money.

The only trouble is, he hasn’t said that you’re in his plans. It’s just him.

However, if he’s included you in his future plans, it means you’re a huge part of his life. You mean a lot to him, and he loves you.

These are some signs a guy is in love with you. If you have anything you’d like to add, feel free to leave us a comment! 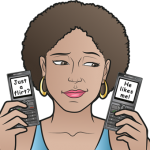 4 Signs He Likes You That You Shouldn't Miss  Go 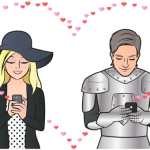 Should I Text Him First? Maybe  Go