How To Know If A Guy Likes You Through Text

Texting is a powerful weapon (see the name of this site). But as powerful as it is, it doesn’t always tell you how much a guy likes you - or if he even likes you at all. If your relationship is purely text-based right now, the signs for gauging if he’s into you are pretty limited. He sends you a random emoji at 2am, but what does that mean? Then there is the other obvious question: is he texting a string of other girls as much as he’s texting you? 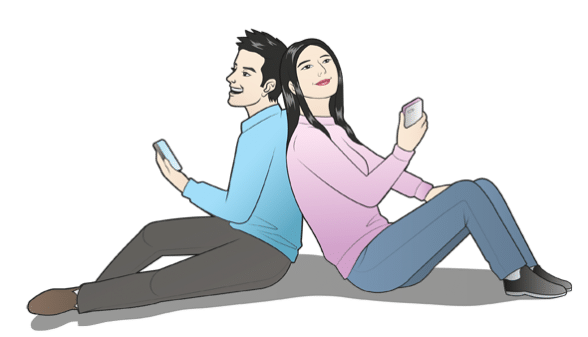 How to know if a guy likes you through text? Texting can lead us, but it can also mislead us. Just when you think you’re getting close to a dude and decide to reveal your feelings, he sends a shocked emoji.

And then we never hear from him ever again.

So how to know if a guy likes you through text? Let’s take a look at five texts you can send to get him to reveal all.

1. Saw This And Thought Of You

Send your guy a photo of something you know he’s interested in followed by a simple text message saying “saw this and thought of you”.

A guy who isn’t really into you will either reply with a totally lame response or ignore your text message altogether.

If he likes you? He’ll respond to your text with enthusiasm, and maybe even one of his own.

2. Give Him A Specific Compliment

Guys love being complimented just as much as us. And it might be awhile since someone noticed something specific and cool about him.

So, don’t be phony or shallow. Compliment him on something you know he’s proud of and shows you are paying attention to him.

For example, if he has been working out a lot compliment his dedication (easy girl, not his body just yet). Tell him that you are impressed with how seriously he is taking his health and fitness and that he is an inspiration. Tell him that you find his discipline and determination really attractive.

If he responds with a specific compliment in return? He’s into you.

3. Ask Him About Himself

Why? It’s not just pure ego. Guys enjoy talking about themselves because they want to impress us and let us decide if we like them or not.

So ask him to tell you something interesting about himself and see how – or if – he opens up.

If he doesn’t reveal anything of interest or says “there’s not much to say,” it’s a pretty big sign that – sorry – he’s not into you.

4. Ask Him What You Guys Would Do If You Were Together

Indulge in some role play. Take your conversation away from the phone for a moment and enter pure imagination by asking him what you guys would get up to if he was with you in person.

This gives you an insight into how he sees you two.

If he’s interested in you? He’ll recreate a date-like scenario. A great sign when you’re trying to figure out how to know if a guy likes you through text.

Have you ever sent a new guy you just started dating one of those sneaky “ask me out already text messages?”

If you don’t already use them, now is the time to bring them out.

“I was wondering if a a certain tall, dark and handsome guy was going to ever show me his favorite coffee shop? :)”

“I wonder if you are this charming in person :)”

These are both playful ways of making the next move easier for him. Why? Because they basically let him know that you want to go out with him, but you are still waiting for him to ask.

Send, then see how he reacts.

These are a few ways how to know if a guy likes you through texts. Got anything you’d like to add? Feel free to leave a comment in the box below! 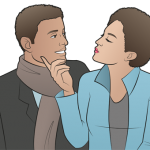 Texting Rules: The 5 Texts To Never Send A Man  Go 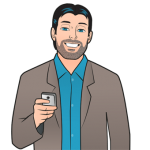 SOS! No Response To Text (What To Text When They Don’t Respond)  Go