Does Age Matter In A Relationship? The Truth Finally Comes Out

Late last year I stumbled upon the 101 Essential Tips for Dating and Social Success With Class. Immediately I knew I had found someone who had a very unique approach to social skills, and who knew his stuff. That someone is The Mingle Master. He has a no-nonsense, classy approach to helping people improve their lives. I'm thrilled to have him on my blog today discussing age gaps in relationships. 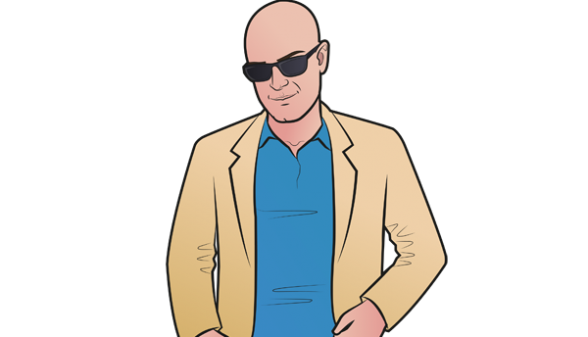 The question: does age matter in a relationship? has been going on forever. People on both sides of the discussion often think the other side is crazy. I am going to see if I can shine some light on this issue and maybe bring a new perspective for you.

The question really comes down to two different issues:

1. Can a relationship really work if there is a large age difference?
2. What will people think if I date/marry someone much older/younger?

I will try to answer both of these questions for you today.

1. Can a relationship really work if there is a large age difference?

The answer to this question is a most definite yes. It has happened before many times. And it was not just because the woman had a “daddy complex” mental problem like a lot of people seem to think.

Sometimes couples just bond and connect regardless of their age.

What will happen later in life when the age difference may be less comfortable? People sometimes do have a legitimate concern that when they reach a certain age that the larger age difference will be more dramatic. There may be a point where one of you is a senior citizen and one of you is not, for instance. These are important things to think about if marriage is your aim. This situation has ruined relationships eventually for some people and not for others. But it is by no means a guarantee of failure.

But won’t people with a large age difference not have anything in common? This is a common attack on large age gap relationships. I think the “in common’ requirement is one of the most overrated things in dating in general, regardless of age. What you really should have to have in common is your core values, morals, etc. The connection you have is much more important. The thinking that we have to have some matching list of interests is ridiculous. It is made even worse by the Burger King, order what you want mentality that often exists in the online dating scene. The fact that one of you grew up listening to Elvis and the other grew up listening to Brittany Spears or one of you likes sports and the other doesn’t has ZERO affect on how well you will get along and your chance for happiness together.

2. What will people think if I date/marry someone much older/younger?

My first instinct is to answer this question by saying “who gives a flip what other people think.” This can be true to a degree, but it can still cause some problems. What if the family of the younger person absolutely hates the idea and won’t have anything to do with you as a result? Is that a price you are willing to pay? Would you care if people looked at you strangely in public? Yes, it is a romantic thing to think that you don’t care what anyone thinks about your relationship and all you care about is your love. Just be sure you fully know what this may include.

Okay, so if a large age difference is okay, how much difference in age is TOO much? I generally try to avoid giving a concrete answer to this one. The common method of taking half of your age and adding seven isn’t terrible. But formulas like that are still more about what is socially acceptable and not as much about what could actually work. So if you are worried about appearances, that formula or something similar is probably okay. If you are really into someone though and you are worried about the age difference, I say who cares what people think.

Does Age Matter In A Relationship – Final Thoughts

In conclusion, does that mean that everyone should be looking for a relationship with a large age difference, or even be open to one? Most definitely not. Different things work for different people. Just don’t think that it is an impossibility. So, if you are considering getting into a relationship with a large age difference, and are wondering does age matter in a relationship or not, just be aware of what you may be getting into. But also be aware that there is at least a chance that something wonderful can come out of it.

*Disclaimer: It should be noted that age difference relationships should only be considered if both people are adults. If the two people involved are on opposite sides of the 18 year mark then it should definitely not be considered.

Chivalry On The Open Road  Go

Doug Campbell, also known as The Mingle Master, is a student and teacher of the arts of dating and social skills. He is the creator of the Mingle with Class program, and his practical guide is a must for everyone looking for easy to use tips and real life application. You can follow him on Twitter @theminglemaster

View all posts by Doug Campbell

2 Responses to “Does Age Matter In A Relationship? The Truth Finally Comes Out”