When it comes to online dating, many of us struggle with that first introductory message. How do you make sure you capture their attention straight away? What are some great opening lines for online dating that get people interested in you, making it impossible for them not to reply? 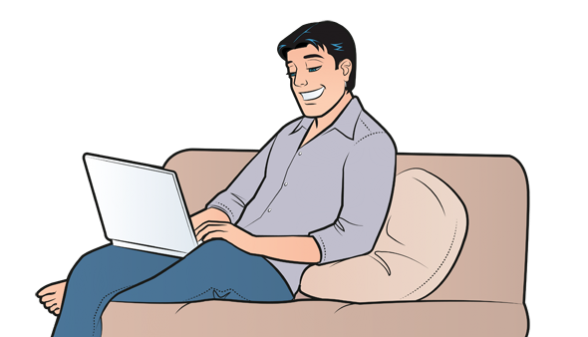 Composing that first message is hard. It’s especially hard if you’ve already composed and sent out literally hundreds of greetings to men or women and got a grand total of one response.

One response out of a hundred messages!

It can knock your confidence. It can make you want to give up. It can put you in the state of mind where even if you come across a really interesting, good-looking person you just KNOW you’d get along with, you close the laptop and curl up in bed.

“There was no point messaging them. No one replies to me anyway,” you say with a sigh before turning into a Cat Person.

But know this right now – the reason they’re not responding has nothing to do with the way you look or your bio. It’s all down to your opening line.

Your opening line is crucial. If it doesn’t make any sort of connection with the other person, they won’t even care what you look like.

Heck, they might care so little that they don’t even view your profile.

There is a very simple reason – your opening line game is weak. Instead of bewitching them and compelling them to compose an interesting message of their own, you made zero impression whatsoever.

To make sure that you get beyond the first message, let’s take a look at how to compose great opening lines for online dating.

Remember that time you used to say, “Hey. How are you?”

Or how about that time you said, “Hey hun, how are you, hun?”

Come on. You can do a lot better.

If you want a reply, you need to get their attention!

Say something you KNOW makes your message stand out from all the other generic messages they receive in their inbox. Surprise them with a genuinely unique way of starting a conversation with a stranger you’ve never met before.

Ask them if they prefer pancakes, bacon, avocados, or Netflix for breakfast.

Ask them if Netflix was the best invention ever, or if avocados were.

Think outside the box. Heck, think like there isn’t even a box in the first place!

Make This About Them

A big mistake you can make is to make your opening line all about you:

“Hi, I’m (insert name here). I’m 24, LOVE dogs and am about to graduate from university this year. I saw your profile and thought you seemed cool. Fancy a chat?”

This is not about you.

“You seem pretty awesome and your taste in music is impeccable!” instantly grabs their attention because you’re shifting focus on them. By mentioning their taste in music, you’re also showing that you’ve actually read their profile.

And FYI, “Fancy a chat?” is a terrible line that must be avoided at all costs.

Focus on Something They Like and Run With It.

Let’s say they’re a big fan of Leonardo Di Caprio. He’s probably pretty important in their life if they put him on their profile. You could begin your opening line by mentioning Leo, and then adding a question.

For example: “So, you’re a big fan of Leo! Me too. But here’s the ultimate question – do you prefer younger Leo or older, mature Leo?”

Asking a fun question related to their interests is an easy way of arousing their attention, and increases the chances that they’ll reply to you.

You can do it with anything. If they’ve included ice cream and sci-fi among t heir ‘likes’, ask if it’s acceptable to get through a whole tub of Ben and Jerry’s while watching Avatar.

Great Opening Lines for Online Dating Are the Fun Ones

You’ve always got to be positive with your opening lines, but you should also be fun and, if possible, relevant.

By relevant, we mean sending out a message that is very 2017.

For example, you could ask them to describe themselves in no more than 3 emojis – or what their take is on yet another new dance craze.

Everyone loves to talk about food.

So why not begin your message with a line about food?

“This online dating thing makes me so hungry. But what’s better, hummus on toast or cheese and crackers?”

It’s okay to tell a white lie when you first start talking to someone on the Internet. After all, when you’re trying to grab someone’s attention with an opening first message, the truth can be super boring.

Who wants to read that you just got back from the gym and now you’re eating some eggs?

If you’ve found a profile that’s really interesting but you can’t think of a way to make yourself appear more compelling, don’t be afraid to bend the truth a tiny bit.

Let’s say they like skiing but you’ve never gone skiing before. You could make a connection with them by opening your line about the Winter Olympics.

Okay, so YOU didn’t go. However, you never actually said you did go – you’re just grabbing their attention with a little white lie and making it look like you went.

These are a few great opening lines for online dating. If you have any you’d like to add, feel free to leave us a comment in the box below. 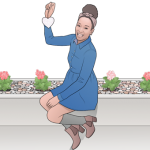 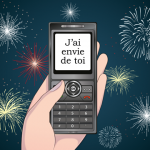 How To Flirt By Text And Get What You Want  Go