Are You Winking At Me? The Big Wink Debate

The wink is a non-verbal body message we often learn to identify early in life. Maybe it began for you when you first saw Popeye winking at a cute cartoon girl or when your grandfather snuck you candy with a wink. Teaching a toddler to wink is a cute see-what-my-baby-can-do milestone, as it’s a muscle skill that can be learned. Winks are rampant in classic cartoons and seen on television, films and even emojis on our cell phones. Despite the wink's popularity, its meaning can be rather difficult to interpret. 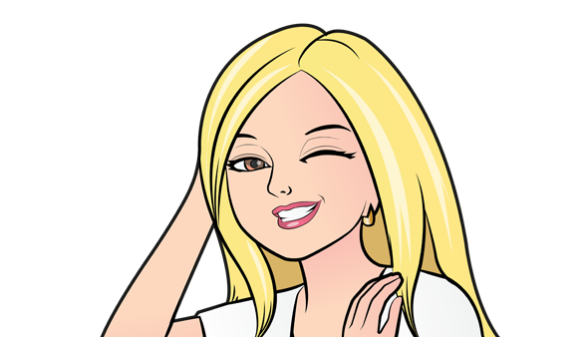 The history of the wink is ambiguous, with some attesting its proliferation to Magellan as he made his world voyage in 1520. Regardless of its creation, the wink has been frequent in our culture for decades and has multiple meanings.

Winking is commonly used as a way to flirt. It can also indicate a secret between two people, be used as a hello or indicate that something said was “only a joke.”

But it goes even further. A wink can also be accidental – performed by someone with a dry eye or a twitch – aiding in miscommunication of its meaning.

Despite its multiple interpretations, people certainly have a reaction to receiving a wink. Unbeknownst to the winker, it’s often a polarized one.

The Science Behind Winking

Lindsey and Vigil then asked the strangers a series of questions to see what they thought about the winker. The results were quite mixed. The only conclusive result wast that a majority of the individuals which were polled liked the winker if they were of the opposite sex. Answers about what the wink meant were all over the place. Winkers beware! The intended meaning behind your wink may be completely misconstrued by its recipient.

Lindsey and Vigil’s study was conducted a decade and a half ago, and the perception of winking is still constantly changing. General perceptions of winks are influenced by cultural context and the ways that they are depicted.

Sometimes, winking is even perceived as sleazy and sinister.

– In 2008, Sarah Palin winked six times during a vice presidential debate. This caused a media-storm of controversy, with many feeling like the sense of comradery Palin was trying to achieve was unwelcome.

– In 2007, President George W. Bush famously winked at Queen Elizabeth as a way to apologize for his faux pas after he said she’d been Queen since the 18th century. Commenting on the awkwardness, Bush explained: “She gave me a look that only a mother could give a child.”

– In the 2006 World Cup quarter finals, Cristiano Ronaldo lost fans when he directed a nasty wink to the Portuguese bench after Wayne Rooney was kicked off the field with a red card. Ronaldo was blamed for causing the red card and the defeat and the wink simply made matters worse for the devastated fans.

As you can see, even with the best intentions, winking can sometimes result in negative outcomes.

Make sure your intention is as clear as possible next time you dish out a wink.

Better yet, avoid winking at someone unless you already have a relationship with them (a close friend, significant other or family member). That way, they will already have a good idea of who you are, and your sense of humor. This will also help you decide whether or not a wink would be welcomed by them, and, overall, it could reduce the likelihood of your wink being misinterpreted.

Winking is great, but wink with care

Out of creative text message ideas? Sign up for our Free 30 day texting club trial and you’ll receive over 300 messages! 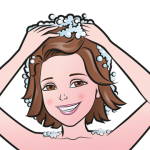 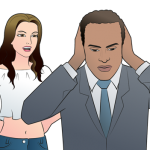