What To Text A Guy You Like And Grab His Attention

Okay, so there’s this guy you like. He’s cute. You’ve got a feeling he likes you back and you don’t want to ruin a good thing by texting him the wrong things. Texting has its pros and cons. As a weapon, it’s a great way to get to know a new man without the pressure of talking to him face to face. 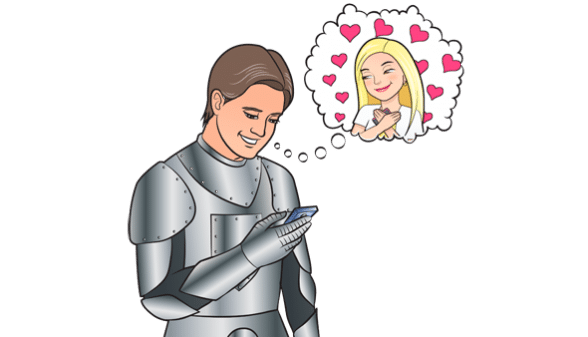 Ok great, but what to text a guy you like? Well, you can flirt with him, banter with him, tease him and find out cool stuff about him without spilling your wine all over him, or bringing up the most embarrassing anecdote about yourself after you drank too much and lost control of your mouth.

However, it’s also a dangerous weapon which, used incorrectly, can shoot you in the foot.

To make matters worse, he’s got other options. In a world where everyone is meeting each other online, it’s more important than ever that you keep his attention via text and make sure you’re the name he wants to see when his phone pings.

How to do this?! Let’s take a look at what to text a guy you like.

1. Send Him A Funny Picture

Have you literally talked about every common topic and run out of conversation? Send him a funny picture. It’s a great way of catching his attention and showing you’re thinking about him without making you look needy. It might even make him smile.

Make sure the follow-up text is something that won’t take him long to reply to. If he’s got your first text and a lengthy second text to reply to, he’ll start to feel overwhelmed – and this is why a picture works, as all he needs to say is “LOL” before replying to your first text.

Take charge. Don’t act as though you should be happy if he texts you once a day. If you want him to do something with you, act as though it’s a given. Be certain with your texts and responses.

Example of what not to say:

“Just wondering how you are today?”

Example of what to text a guy you like instead:

“I hope you feel as amazing as I do today because I wanna do something FUN. Are you game?!”

3. Ask Him An Interesting Question

In texting it might feel normal for a guy to lead and ask all the questions. But guess what? Guys love it when girls aren’t so passive and actually ask questions back.

Asking questions shows that you’re interested in him and want to get to know him. Moreover, guys love to talk about themselves, which means that if you can get him to open up, you have a better chance of creating a connection.

There is no need to get super personal with your questions, but find out what his ambitions are, where he sees himself in five years’ time and what his values are.

If you like him, these are all important questions for you, too.

Over the years, I’ve found that girls are hotter for texting than guys. Guys will text, of course, but they take longer to respond than we do.

If a guy hasn’t responded for over an hour, relax. Chill. Don’t go for the machine gun text, where you barrage him with follow-up texts. It will annoy him and make you look needy.

Avoid asking where he is and never say things like “LOL it’ll be Christmas before you reply” or “Night then.”

It makes you look bitter. Don’t try to be funny and sarcastic.

If it’s been a while since he texted and you really can’t cope without hearing from him, send him a follow-up, non-committal text that’s totally unrelated to the last one.

If you ever get the feeling that your text exchange with a guy is escalating into drama, make an excuse and leave.

Say something along the lines of, “Oh, my friend is here now. Let’s chat later.”

Make sure you keep things positive. Try your best not to create drama. If you sense drama is arising, get out of there. If it’s too late, make light of the situation, crack a joke, poke fun at yourself and move on.

Voila! what to text a guy you like. Remember to give him space, be confident at all times, avoid drama and negativity and ask him questions. You’ll have him coming back for more. 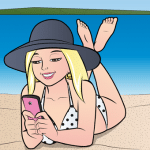 5 Clear Signs A Guy Is In Love With You  Go