Texting Tips For Texting Him Down Gently

Have you ever been your usual friendly self around a guy only to find out later that he totally misread you and is now packing your inbox full of flirtatious texts asking you out this Friday/Saturday/Sunday night? It's a pretty common situation for most girls, and one that is REALLY tricky to get out of. Want to master the art of writing a text that states your intentions plainly without being unkind? Read on to find out how. 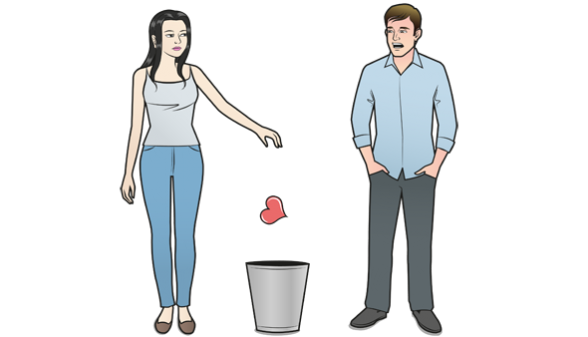 The best texting tips aren’t always about being more flirty. Sometimes they are about easing yourself out of an uncomfortable situation.

You know the story, you met a guy a few days ago (friend of a friend, new colleague, friendly neighbor…) and you were your usual bubbly, smiley, chatty self.

He asked for your number and you thought: “Sure, I love making new friends!” and gave it to him…

Next thing you know he’s asking you on a date or sending suggestive messages, and you’re just not interested.

This kind of thing happens, and it’s AWKWARD!

Are You Being Misread?

As women, our friendly intentions can, and often do, get misread as romantic interest, and once that ball is rolling (in his court anyway), it can get out of hand pretty quickly if you don’t react early on in the game.

The tough part is, it’s not like he’s a jerk – his only crime was misreading your signals. So how do you let him know you’re not interested, nicely? After all, you don’t want to hurt his feelings…

Why Do Men ALWAYS Think Women Are Flirting With Them?

Every woman has probably asked herself this question at least once: “Am I giving off the wrong signals?”

The answer, according to science, is no – it’s not you, it’s him!

Mons Bendixen, a psychologist at the Norwegian University of Science and Technology recently published a study in the Journal of Evolutionary Psychology that helps explain men’s unfailing ability to ALWAYS think you are hitting on them.

According to Bendixen, straight men are much more likely than straight women to think that someone is romantically interested in them because of something that goes way back to out to their caveman roots: the error-management theory.

Basically, men have evolved to over perceive romantic interest from the opposite sex because their natural objective is to reproduce. The more chances they take by over perceiving women’s interest in them, the higher their chances to reproduce (it really is a numbers game for guys!).

Conversely, women are naturally inclined to under perceive romantic interest from the opposite sex, because it is their best interest to be selective about their mate in order to not be left in a vulnerable situation, or to mix their genes with someone err…less than desirable.

So, fast-forward to the modern era and all this translated to you, staring at your inbox and wondering how to break it to this less-than-desirable guy that you don’t want your genes mixing.

Yeah, the science really doesn’t make it any less awkward, does it? So, let’s dive into modern day texting tips.

How To Let Him Down (Gently) Over Text

At least it’s clear now that the guy can’t be blamed for mistaking you friendly laugh for a come-on – our natural instincts still have a lot of pull over our actions!

So, understanding this, how do you go about letting him know that you’re not into him without denting his fragile male ego?

Rejection is never a nice thing, no matter who’s it coming from. In fact, studies show that the act of being rejected produces the same effects in your brain as actual physical pain.

And for men it can be particularly hard being rejected romantically, as a lot of other self-esteem is tied up in their success with the opposite sex.

There’s a right way to do it and a wrong way to do it, so read these 3 texting tips carefully so you don’t make things worse.

The easiest path for pain-free rejection is to be completely honest and upfront straight away before he has become too invested in you, and your possible future together. Don’t procrastinate!

Don’t try to treat his advances as a joke or as not serious, hoping that he’ll get the hint and drop it – he might just think you’re flirting (yes… again), and take it as a green light. And NEVER lie about why you won’t go out with him – he’ll only feel worse when he finds out that you didn’t really have 4 weddings and a funeral to attend to over the next month.

As soon as you get the first hint of something more than friendly going on, state your intentions, and make it clear that you are not interested.

Think you’re letting him down softly by telling him how “super busy” you are this weekend?

DON’T use excuses when you turn him down. No:“I’m not ready to date someone right now”, or “not tonight… but maybe another time.” This gives him false hope and isn’t fair.

DON’T string him along for a whole other week or more, just because you didn’t want to hurt his feelings.

Your interest in him isn’t up for negotiation, so make sure that is clear from the start.

As I said above, men’s egos are so tied up with their success with the opposite sex that a rejection often hits them really hard. On top of this, people who have low self-esteem are more likely to be hit hard by rejection than those with high self-esteem.

So understand that you are dealing with a very tricky situation.

Avoid giving him false hope by continuing to message him after you’ve rejected him. He might take this as an invitation to try to “wear you down”. Even if you still want to be friends with him, give it a bit of space at first.

Likewise, don’t spend loads of time telling him how awesome he is and how he is going to meet the right girl because he is sooooo perfect. People like people who compliment them – you might be making the attraction even stronger.

So, to tie it all together – act quickly, understand that it’s a delicate situation and don’t drag it out. In a nutshell,

Don’t be mean, but don’t mislead him into thinking he still has a chance

Yes, it sounds like a tough call, but it can be done.

Texting Tips On How To Do It Right

The most direct approach: “I really enjoyed meeting you the other day, but I’m not interested in being anything more than friends.”

The lighter approach: “That’s a very nice offer, but I have a feeling we wouldn’t really work out on a date together and prefer to just stay friends”

The taking the blame approach: “I’m getting the feeling from your texts that I might have misled you last week, and I’m sorry if that was the case. You’re a great guy, but I’m not interested in being anything more than friends…”

These texts are honest about your intentions, non-negotiable, and definitely don’t give off any idea of false future hope. What’s more is that they aren’t mean or too personal so hopefully they save his ego from some undeserved bruising. Do you have any texting tips for letting a guy down gently? Please share them below!

Need some flirty text message ideas? Sign up for our free 30 day Texting Club with over 300 messages! 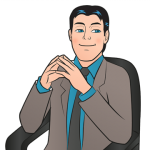 You Don’t Say: A 5 Hint Guide How To Read The Body Language Of Men  Go 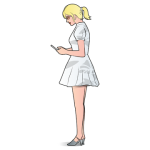