Texting Your Crush: 5 Texting Techniques That Will Keep Him Interested

Today it's pretty darn easy to fire off a few texts to someone that lets them know we dig them. Provided we can get hold of their number first, of course. But bagging a crushes number is only one step in the process, and perhaps it's the easiest one. The hardest step is keeping them interested via text and winning them over. 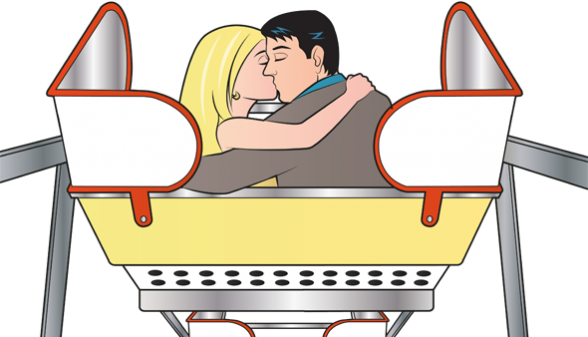 Texting your crush can be an absolute minefield. Whenever he ends a conversation with a solemn “K” you spend the next two hours trying to come up with something to keep things going.

After two hours, all you’ve got is another “what u up to?” – your seventh of the day.

And don’t get me started on texting him a lame joke that he doesn’t even reply to.

Thanks for leaving me hanging, dude!!

Texting Your Crush Made Easy

Impressing a guy via text is not easy. You’ve gotta be entertaining, engaging, fun, sweet, flirty and downright hilarious. But how on earth do you go about being all these things? Let’s take a look!

In the hit U.S. nineties movie Swingers, Vince Vaughn tells his naive dating buddy that he should wait 3-4 days before calling the girl who’s just given him her number.

Lots of people still abide by this rule – but they’re all losers.

Nobody wants to wait 3-4 days for a text. We live in the digital age where a text takes two seconds to send and receive.

If a man texts you, you don’t need to reply instantly every time, but you should always reply within a reasonable time frame, and…here’s the kicker ONLY when you have something interesting to say.

Don’t play it cool by waiting 12 hours. It’s likely that if he’s texting you, he’s thinking of you – NOW. If he has to wait forever, he’s going to get bored and return to his video games.

If you want to win this guy’s approval, you need to appear to be interested in him and what he does.

Even if you don’t know the first thing about fishing and wouldn’t be able to identify a shark from a tuna fish, you should still make an attempt to appear interested in his passions.

When you are texting your crush, ask him open ended questions that go beyond the mundane (stay away from work, crappy commutes and psycho neighbors).

3. Avoid Asking About His Past

Okay, you might be super curious about what he’s been up to in the past…

Maybe you want to know who he’s dated, whether or not he’s ever been married, or if he’s got some hidden issues.

A text message is not the right place to ask him about something like this. You can leave all for after you’ve cleared the first bases and are having a heart to heart.

Right now, don’t dig too deep. It’s likely that he doesn’t want to go there, and instead just wants to chill and have some fun. Remember, you’re texting your crush, not your best friend.

4. Keep Your Banter On The Level

Guys can roll with the punches when it comes to banter, but there are lines that need to be respected.

For example, it’s okay to poke fun at the fact that he wore a dorky t-shirt today, but it’s not okay to fire off cheap jibes at his belly fat or his receding hairline. these are areas that guys can be really sensitive about.

Men have feelings. I know they’re from Mars and seem to enjoy destroying zombies on their video games but they still have feelings. If you sense that what you are about to text might cause some offense, refrain from texting it.

5. Ask Him To Help With Something

Lastly, when you’ve been texting your crush for a while and you think it’s time to take things forward, the easiest way to show your interest without appearing totally desperate for him is to ask him to help out with something.

Guys love the chance to play He-Man, so you’ll be doing a favor by asking him to fix your leaky faucet, look at your car, or move some furniture around.

Texting your crush should be fun. If he is negative, disrespectful or indifferent than move on. It’s as simple as that. There are tons of cool guys out there ready for a fabulous girl like you!

Out of creative text message ideas? Sign up for our FREE 30 day texting club! 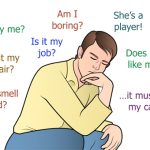 Why Am I Single? Stop Over-Analyzing Your Text Messages!  Go 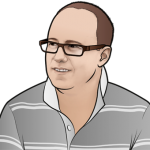 Text Message Flirting: 6 Messages You Should Send To A New Date And 1 Surprising Thing You Should Never Do  Go

4 Responses to “Texting Your Crush: 5 Texting Techniques That Will Keep Him Interested”