With texting it’s relatively easy to offend someone if you don’t take certain factors into consideration such as timing and tone. It's also possible to play too hard to get and turn her off completely. Read on for more text flirting advice. 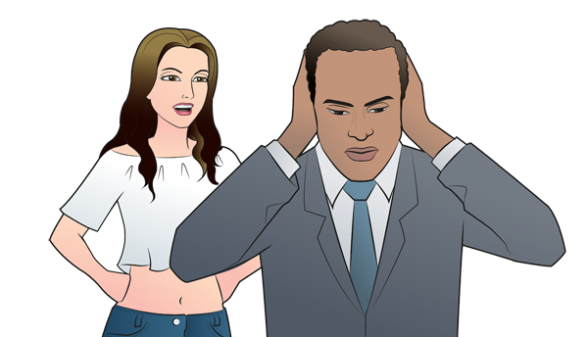 Texting is a fantastic means of communication for cementing a bond with someone. It is also a fantastic way of blowing your chances. So, before hitting send, ask yourself: Will this message act as a tool to draw her in? Or, will it push her away? Sit back and enjoy our special text flirting advice for men and watch out for 10 of the most common texting errors that can easily be avoided.

1. Sending too many texts.

If the two of you are texting up a storm, then don’t worry about seeing dozens and dozens of messages in your Sent folder. However, you should see just as many messages from her in your Inbox.

It is normally a bad idea to send your partner three or four texts in a row, without a response. Give her time to answer, maybe she’s busy, don’t always assume that she’s ignoring or avoiding you.

There’s a difference between being busy and being careless. There will definitely be occasions when you aren’t able to reply to her texts with something clever and the old one word response will have to do: “yes”, “no” or “8pm”. Just don’t make it a habit and follow up with a call.

3. Text her at inappropriate times.

It wouldn’t be good text flirting advice if I didn’t include the importance of timing. Never text her in the middle of the night unless you know she’s up, or it’s an emergency. Texting at all hours isn’t just annoying, it’s a breach of etiquette and shows a lack of respect. A 2am text “just to talk” will certainly make you a hot topic of conversation with her girlfriends the next day, but not necessarily in a good way.

Send your goodnight texts at an acceptable hour, and wait until you know the details of her daily schedule well enough before sending her any early bird good morning texts. As pleasurable as it is to wake up to a text from someone you like, it’s hard to find someone who would appreciate a 6am good morning wake-up text on the weekend.

4. Ignore subtle cues in her texts.

Some ladies feel that displaying too much emotion is unattractive. If the woman you’re texting is having a bad day, or feeling down about something, she might not come right out and say it.

If her messages seem gloomy, or are missing her signature spark, then try and perk her up with something cute or silly. Leave the serious conversion of “what’s wrong” for when you see her in person.

On the other hand, sometimes a girl will come right out and tell you what’s wrong. If she does this, it means that she trusts you. The best way to deal with the situation is to show genuine interest in what she’s sharing with you, while trying to avoid a text marathon. Serious subjects are normally better addressed face to face, or if that is not possible due to distance, via Skype or phone.

If your partner starts venting about something inconsiderate her best friend just did, or a rude remark her sister made, keep your keyboard quiet and resist the temptation of joining in on the bashing session. Instead, keep the tone of conversation light, let her express her frustration or anger, and steer the conversation toward a more positive topic when you feel it’s appropriate.

7. Playing too hard to get.

While women don’t like men who are desperate, too much aloofness is also unattractive. In fact, it can be hurtful and destroy intimacy in your relationship. Some men play hard to get because they feel it adds a layer of mystery. However, if you take it too far, it makes you uninteresting. Capture her heart and mind by sending clever texts filled with flattery, humor, and focusing on her, while showing off your wonderful personality and uniqueness.

8. Not acknowledging her sexy texts.

Sexting and overly flirtatious texts aren’t for everyone. If they aren’t your cup of tea, at least understand the courage it takes for a girl to send one, then wait until the next time you’re alone together to let her know. Not responding back, even at the lowest sexting temperature, will make her feel embarrassed.

At the same time, keep your flirting in sync. Don’t overwhelm or shock her with a barrage of overly sexual texts or images without any warning. Consider the tone of her messages and your face-to-face conversations, and only make the first move when you feel confident that she would enjoy playing this type of flirty game. Proceed with caution and be prepared to dial it down if she seems uncomfortable.

If you’re attracted to someone and you’re hoping to nurture the relationship, then never mention other girls you find attractive, or compare her to your ex-partners. Even if you imply that she’s better, comparisons can be hurtful, and these comments scream loud and clear that she’s not the only person on your mind. Instead of comparing her to others, emphasize what you love and appreciate about her, and your current relationship. A new relationship is a new beginning, so focus on the future instead of the past.

As you can see, a little bit of common sense should keep you in her good graces. Remember the golden rule: text others as you would like to be texted. If you would like to receive your message, than there is a good chance that she would too! If you are interested in more creative text ideas then sign up for our free texting club and enjoy over 300 messages. Most importantly, have fun!