Sexual Tension And How To Spot It

Sexual tension is, for many of us, hard to define. We know it exists because we’ve felt it, but how on earth does one put it into words? Is it even possible to put into words? Although it’s hard to describe the pent-up tension we feel, or the longing to rip another person’s clothes off, it’s possible to at least understand the signs of sexual tension, and that’s what we seek to do in this article. 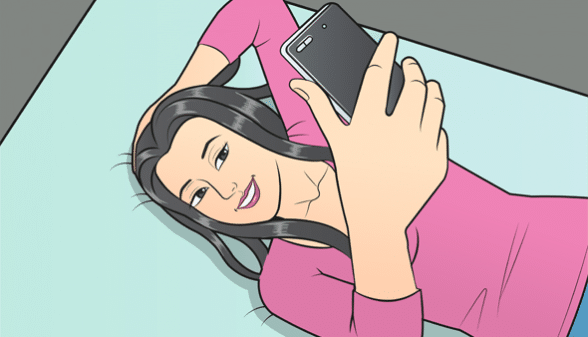 What is sexual tension?

According to eminent sexual psycho-physiologist Dr. Nicole Prause, sexual tension is “our pleasurable interpretation of the general body arousal and preparation to engage.”

Broken down into simple English, it’s the recognition that you want a person … and, Lord have mercy, they want you, too.

For anyone who’s never experienced sexual tension, it’s actually a tad hard to explain what sexual tension is because it’s very much something that you have to feel rather than explicitly talk about and discuss.

It’s animalistic, primal and instinctual, and it operates on a bodily and spiritual level many of us usually repress. There aren’t any emotions involved – at least not love-based emotions – but it’s still a feeling that’s somehow impossible to ignore.

And when you feel it simmering, boy, do you feel it! All you want to do is rip the other person’s clothes off and just get down to it already!

The exciting thing about sexual tension is that, if you feel it with someone, there’s a very big chance that it’s going to lead to some of the best sex you’ve ever had. The two of you are harmonizing with each other on a raw, sexual level. It’s just pure sexy energy and it doesn’t have to mean that you and this person are going to end up in a long-term relationship. It could lead to a red-hot fling, or it could just be that the two of you get down and dirty for one fiery night of passion only.

But how do you recognize the signs of sexual tension?

There Are Sneaking Glances Involved

A stolen glance is usually committed by two people who are a tad too shy to start talking to one another but who are clearly interested. There’s just something about the other person neither of them can take their eyes off. They want each other but are too afraid to come out with any meaningful words just yet.

Body language in general plays a key role in sexual tension. According to a study, who are just average looks-wise can be approached by at least 4 men per night in a bar or a club.

If they’re average-looking, why is there so much sexual tension brewing? It’s usually down to the body language gestures that are allowing the woman to harmonize with the man and let him know she’s interested while raising his own feelings of attraction. These gestures might include neck caresses, hair flicks, arm flexes, darting glances, raised eyebrows and more.

These subtle but powerful gestures let the man know the woman is interested, after which it’s up to him to make the next move.

There Are Naughty Glances Involved, Too

A guy looks at a girl’s perfect pins in her summer dress. She catches him!

But you know what? She doesn’t mind at all.

Anyhow, she’s too distracted by his chiseled jaw…

Not that he cares, of course. He’s going to glance at her long gorgeous legs again.

Need I continue with this? I’m getting tense.

Is sex exciting when it’s awkward? Um, no. So why can sexual tension still brew when things get awkward?

During the moments when sexual tension is simmering, things can sure get awkward.

And, no, this doesn’t mean that you’ve blown the whole thing and sex is off the cards.

Think about it: The two of you are attracted to each other but don’t want to say anything just yet. You wish you could rip their clothes off there and then but you can’t.

And they’re ridiculously hot. All the while, you can’t control yourself.

They can’t control themselves either! So of course things are going to get a tad awkward here.

And not just a little bit of flirting. It feels as though you can’t say anything anymore around this person without it having sexual connotations.

An Innocent Touch Drives You Insane

Did they mean to press their thigh against yours? Did they have to grab you by the shoulders to move you out of someone’s path?

They did. But despite the innocence of these touches, you got insanely turned on and can’t cool down.

The two of you can’t stop smiling because you KNOW it’s on. It’s happening tonight and you’re giggling like a high school kid again.

So, what is sexual tension? Well, let’s put it this way: If you feel it, you’ll know! 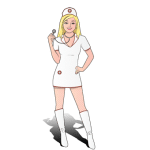 Saucy Text Messages That Will Ramp Up The Sexual Desire  Go