How To Flirt By Text And Get What You Want

How to Flirt by text is an important skill to master. Why? because a well thought out and executed text message is as powerful as a memorable line from a famous movie. "You complete me". When you master text flirting you can make bad boys turn good, and sweet girls turn bad. OK, that might be a little bit of an exaggeration. Read on to hear about Jeff, a guy that went from snooze to Rico Suave with just a few tweaks to his text game. 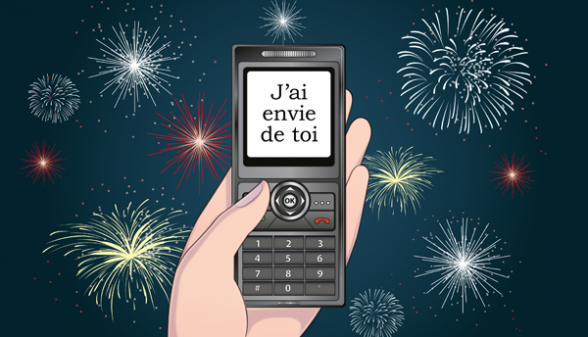 Jeff is a 40 year old, good looking, well-educated and confident guy. He has a gorgeous mouth of pearly whites and can make Tiramisu from scratch. Yes, Jeff is a good catch. However, he never really let his inner text god out to play. He was always stuck in a text rut with former girlfriends, sending the same worn out text messages day after day or night after night. What was even worse was that Jeff was predictable. He was either a 7:35am before work texter or a 10:45pm before hitting the hay kind of guy.

Sure, at least he was doing something…but was he sending good text messages or just sending messages? I think we all know the answer. After Jeff figured out what he was missing, he agreed to start spicing up his messages with girls he knew and with girls he had never even met (but wanted to!).

How To Flirt By Text Effectively By Following Jeff’s Example

1. Focuse more on the recipient by referencing something specific about them. For example, if he just met a girl who liked to bike, he would send an interesting text about biking, such as a little known fact about a famous cyclist.

2. Use pet names. Even if Jeff had never met the girl and had only seen her online profile, he would focus on something specific and come up with a cute name. For example, he saw the profile of a pretty Spanish girl who liked to salsa dance. He called her “Dancing queen” and told her about a Zumba class he had just taken. She found both the nickname and the anecdote endearing, and they ended up meeting for an evening of boogieing down on the dance floor.

3. Be sincere. Instead of writing something that he didn’t feel, like he had always done in the past, Jeff waited until he felt inspired before writing a text message. Texting changed from being a chore to being something he enjoyed. For example, instead of texting right before work when he felt rushed, he would send a random text at 3pm when he took a coffee break outside. Sometimes he would send photos of nature, a random thought, or a description of something funny that had happened during the day.

Take some cues from Jeff and start tweaking your own texting habits…you’ll be glad you did. Why? Because it’s fun to learn how to flirt by text, and the payoff is enormous!

Your Text Return On Your Investment

Taking a few minutes to make your message memorable is a great use of your time. Text messages are reminders to your special someone that you are there, and that you care. Great messages are not read once or twice, they are read multiple times…and each time, you become a little more engrained in the recipient’s mind and heart. If you are interested in learning more about how to flirt by text and making each one of your texts sizzle than sign up for our Master Texting Report.