How To Deliver A Romantic Short Story For Your Girlfriend

Want to really woo your girlfriend with a love story? How cute are you?! In this article, we provide you with all the tips you need to know on how to deliver a romantic short story for your girlfriend. See, a good story isn't just about the story (it isn't?). Nope! It's also about the delivery and the timing. Ever heard a good joke that had you howling with laughter? That same joke would be awful if it was told badly (basically, if I told it). Because as strong as the joke is, it's nothing without the right delivery and the right timing. 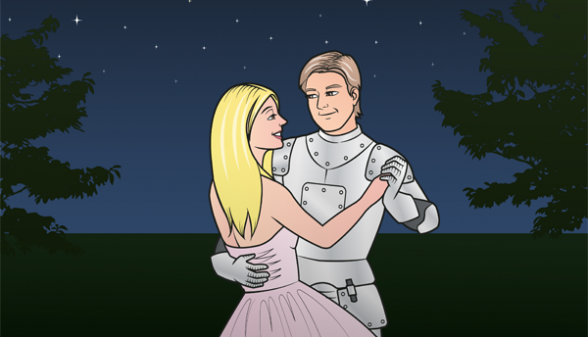 It’s even more important that you get these two things right when you want to know how to deliver a romantic short story for your girlfriend. Why? Because if the delivery and timing is all wrong, she won’t get the romantic part.

You can’t be all clumsy, like: “HEY, HERE’S A ROMANTIC SHORT STORY, DARLING. READ IT WHILE I WATCH FOOTBALL.”

Like, does it even have a prince in it? A happy ending?

Look, for a story to be truly romantic, you have to set the stage. You have to get her in the mood, add scenery and surprise her. In other words, you must romance her and be at your most adorable. You need to put the effort into the delivery and the timing so that the story comes gift-wrapped – as opposed to being showed through the mail box by an angry mail man!

Here is how to deliver a romantic short story for your girlfriend.

Surprise Her with It at Night Time

When is the best time to deliver a romantic short story to your girlfriend? I would say bed time.

It’s late at night and you can’t be with your girl tonight for whatever reason.

You’re lonely, but she’s even lonelier. She really misses you.

You’ve been texting her all day, and while this comforts her somewhat, you both know it isn’t the same as lying in bed together.

Worse still, you told her that you won’t be able to text much tonight.

“I’m busy but I’ll think about you lots.”

However, you’ve got something awesome planned. You’ve been spending your time composing a sweet, romantic short story. Send it via text, via e-mail, via WhatsApp – however you two communicate.

She’ll love it to bits.

Imagine her smile as it arrives in her inbox! She’ll certainly fall soundly to sleep tonight thinking of you and your love.

Don’t forget to send her a message, too!

“I love you so much. You’ll always be my princess.”

If you’re feeling super-duper romantic and have a creative bone in your body, you could buy some post-it notes and leave a trail.

This one will require a fair amount of planning, and I suggest that you keep the story short.

I would include the next location of the story on the post-it note, so that the story leads your girlfriend to the next part.

For example, if the first post-it note is on her pillow when she wakes up, you could write: “John was waiting for his lover in the bathroom…”

When she finds the second post-it note in the bathroom, it might read: “He was brushing his teeth before work and seemed pensive. Jane just wanted to make them both breakfast…”

And then you lead her into the kitchen and so on.

You could be really elaborate with this, and it would be so romantic if she found you at the final post-it note.

Got some amazing video skills? No? It doesn’t matter! Whether you’re a total beginner with a camera or a pro with Adobe After Effects, you could make a video of you reading the romantic short story you wrote. You can send it to her as a surprise video message.

This makes the story so much more personal. You could keep things simple by literally just talking into your webcam, or you could film actual footage. you don’t need an expensive camera for this – just your iPhone will do. Then, you can edit the footage together.

Not got a video editor? You can always download a free trial of Sony Vegas.

Sending a text-based romantic short story is one thing, but sending an audio version? That’s amazing! She can listen to it as she drifts off to sleep at night.

Don’t forget to get into character and do your best impression of a prince and a princess – she’s counting on you!

Also, remember to leave a personalized message at the end of the recording that reminds her of your love for her.

Think you know how to deliver a romantic story to your girlfriend now? Then what the heck are you waiting for? Don’t forget to share this article, too! 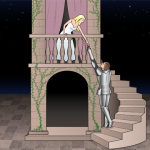 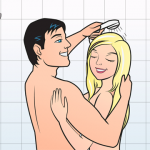