Funny texting mistakes are sometimes not so amusing. For example, have you ever done something stupid, like send a text message to the wrong person? Before you start to panic, stop and take a deep breath, then read on… 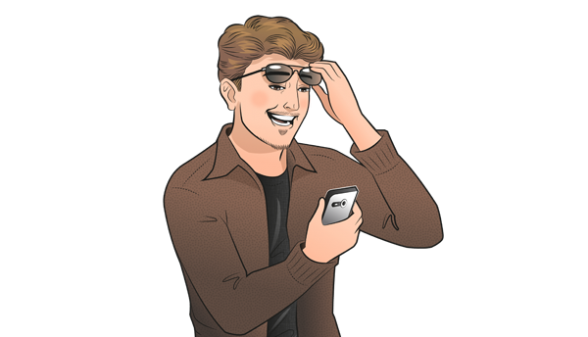 Sent a text to the wrong person:

Maybe you were writing ABOUT them, but not TO them? (I’ve fallen prey to this blunder.) Or were you multi-tasking, and just hit reply to the last text you received? Whatever you did, you probably regret it. Analyze the situation, collect your thoughts, and ask yourself:
– Was it a rant about the recipient?
– Some top-secret information?
– Or just a banal text?
If it was something negative, don’t send a second text. Call the recipient instead. If they don’t answer, leave a voice message letting them know you’re sorry and that you’ll try again later.

There are tons of auto-correct jokes floating around the Internet… because they are funny! Even if you catch the mistake before hitting send, here’s a rare piece of advice: try leaving it in your boring message. It’s a simple way to jazz up a mundane text.

If you are like me, than you have probably dropped your phone, or brushed the screen, and accidentally sent out a message before it was ready to go. Many times, this isn’t such a big deal. Unless you were in the middle of putting your thoughts together… and you didn’t want the recipient to actually see what was going on inside your crazy head. If the content is something potentially damaging, call. If it’s just choppy thoughts and random words, send the recipient a new message with whatever you were trying to say.

During an evening out, I met two guys named Steve. One Steve was hot and cool, and the other Steve was, well, not so cool. During the evening (which involved a few drinks), I accidentally replaced the hot Steve’s number with the “unhot” Steve’s digits. I went on to text with the “unhot” Steve for about a week, before eventually agreeing to meet up for coffee. To my horror, it wasn’t the cute guy I was expecting, but rather the guy I thought I had left in the dust. Moral of the story: always be careful when saving numbers…

Be vigilant when texting, and you can easily avoid most of these funny texting mistakes. If by chance one of them does happen to you, just remember that it’s part of playing the texting game… do some damage control and carry on!