Dating Tips For Men That Will Transform Your Relationships

In today’s world, wooing a woman isn’t as simple as buying her flowers and chocolate anymore. She’s got a smartphone, and she wants you to impress her with your texting skills before she even considers meeting you. 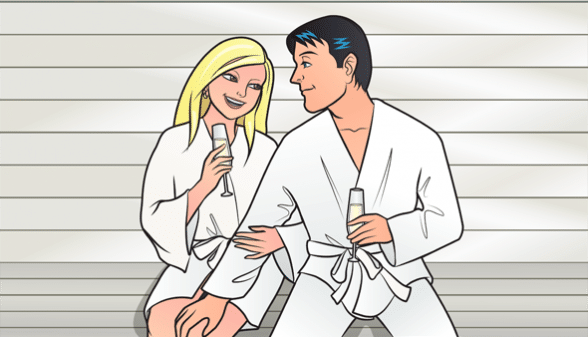 Looking to up your game when it comes to texting women? Read on for some interesting dating tips for men that will massively improve the way you text.

Texting women shouldn’t be so hard, but, it kinda is.

The thing is, most men make it more complicated than it needs to be. Sure, it’s weird when she starts ghosting at the oddest moments, and it makes no sense when she’s hot for texting one minute and cold the next. But you can improve your chances of success simply by doing the right things.

Want to know what they are? Let’s take a look at some dating tips for men that will help you to get her interested via text.

1. Be There in The Morning

“Hello sunshine! I hope you have an awesome day.”

We don’t suggest that you text every single morning like this. Not only can it be annoying, but it can also make you predictable…and kind of lame!

However, if you’re there to greet her now and then with a cheerful good morning message, it’ll be a wonderful surprise that gets her thinking about you right away.

Here’s the valuable part of this tip: it also shows that you’re thinking about her – which is important.

Here’s an important dating tip for men to remember. Even if she’s a serious girl who likes serious, intellectual stuff, it doesn’t mean she wants you to get all philosophical and intellectual in her inbox.

Be Fun, Be Positive, Be Brief

Asking highbrow, intense questions such as “DOES GOD EXIST??!!” via text is actually a major turn-off.

Why? Because not only is it incredibly laborious for her to spend her time hammering out a reply to such a question, it’s also something she’d much rather just talk about in person. You can use that sort of question as part of an invitation to a face-to-face convo, but in text? Deadly.

When you’re dating a woman, you need to keep things brief in your texts. Be fun and playful. Swap the deep questions for GIFs, and avoid being overly negative. If you’re not feeling good, wait to text her. When you keep your texts positive, she’ll look forward to them because she’ll know that, even if she’s having a rough day, she can count on you to make her smile.

One of the dating tips for men that sometimes get missed is that you can use your phone to turn a woman on. Yes, really!

Forget talking about the weather for one moment, or about how your dog has fleas, and give her what she really wants – some passion.

Easiest way to turn her on? Indulge in some role play. Role play is great for a few reasons. The best thing is that, by creating a story and inviting her to take part in it, you’re playing it safe. Instead of explicitly saying, “I want to come over there right now and jump your bones,” you can say something like the following:

“Imagine if we were on a walk right now and a storm hit. The only shelter is a remote farmhouse. What would we do?”

You’re inviting her to get sexy with you, which is a lot safer (in case she rejects your direct “I wanna sleep with you” text), and a lot more creative.

Plus, role play is super fun.

4. Ask for A Date When The Convo Is Peaking

Another important dating tip for men is that there is a right time and a wrong time to ask a woman for a date. The wrong time to ask her would be when the conversation has literally just died, or if she’s clearly in a bad mood.

The best time to ask her for a date, on the other hand, is when the text conversation is at its all-time high.

Picture it: You’ve made her LOL so much that she’s just used 5 crying emojis. Your flirting and bantering skills are on-point. This is the time to go in for the kill. Strike while the iron’s hot and she’s flooded with feel-good endorphins. She’ll be much more likely to say yes.

Hey, women are interesting people who like to talk about lots of different things.

Don’t be the bore who sticks to talking about the same stuff all the time. Use your imagination and think outside the box. Make yourself stand out in her inbox so that you’re the one she wants to text the most.

Our last dating tip for men is, unless you want to be friend-zoned completely, avoid idle chats.

Got nothing to text her right now? Don’t text at all! It doesn’t matter – she will still be there when you do have something to say.

Unless you’ve got a killer GIF that you know she’ll love, avoid idle chatting.

Enjoyed these dating tips for men? Never stop being fun, positive and authentic – and remember to share this post! 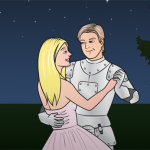 How To Deliver A Romantic Short Story For Your Girlfriend  Go 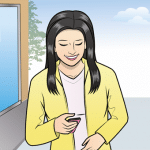