It’s so easy to make a massive error in judgment that causes your woman to call it quits forever. How horrible would that be?! One moment, everything was going so well when, all of a sudden, you made one wrong move and she was gone. Just like that. 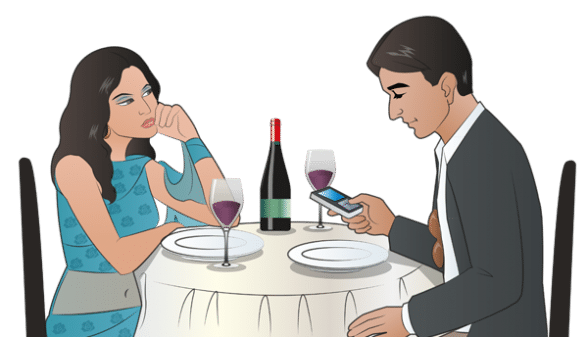 Relationship red flags and deal breakers are not about spilling wine on her dress or starting a fire in her kitchen because you couldn’t figure out her toaster (though that would be awful, too). I’m talking about avoidable relationship mistakes that can destroy a budding romance. Read on!

Women want alpha males, not betas who beg, cry and ask “where are you?” all the gosh darn time. If you repeatedly display neediness, she’ll be less and less attracted to you.

For many women, neediness does NOT translate to “I just love you so much!” In fact, it will get you nowhere.

So what do you do when she doesn’t text for hours or answer calls?

Simple. You fill your life with other people and activities that you enjoy. It will give you something productive to do when she’s not around so that you’re not moping by the phone all the time. Make sure she’s not the only thing going on in your life.

2. Going Behind Her Back

Has she got an enemy she explicitly told you she never wants you to talk to, but you made contacted regardless of her wishes?

Or perhaps she told you she doesn’t want you to invest that $500 in a stock, but you did it anyway.

Oh, it’s now worth $1,500? Doesn’t matter. She’s gone because you went behind her back. When women learn that you went behind their back, they take it very personal, for them it’s one of the top relationship red flags and deal breakers.

It’s a matter of respect.

Picture it: She’s been busy with her friends, having fun, and she hasn’t called you for two days. She said she’d call yesterday but never did. As such, you’re pretty upset – grumpy even.

And when she does finally call, you make a rude comment.

“Sure you’re not too busy to talk to me?”

If she has done something to upset you, tell her directly. Don’t start engaging in passive aggressive behavior, it’s a slippery slope…

4. Keeping Things From Her

He didn’t think it was a big deal at first until I explained to him that this was a massive deal. In fact, keeping things from her in order to avoid a fight is one of the top relationship red flags and deal breakers.

Girls prioritize these two things in a relationship:

If you keep important stuff from her “to protect her”, you’re doing the opposite; you’re breaking her trust in you, and you’re making her feel insecure.

Never keep important stuff from her.

Flip out once and she might let it slide. Flip out again, and congrats – you’ve just shown her that you’re nuts.

Control yourself or see a counselor, dammit.

It’s the weekend, the one time she gets to spend lots of time with you … and you consistently put other things first? Are you kidding me?

“But it was the NBA game,” you protest.

Look, it’s okay to have hobbies that your girlfriend doesn’t share. It’s okay to go to the NBA game. In fact, it’s even healthy.

But it’s not okay to de-prioritize her all. The. Time.

If you normally spend Saturday nights together and this weekend you want to go to a ball game or see your buddies instead, give her a heads up so she can make some plans of her own.

7. Not Making Her Feel Wanted

As I said earlier, girls want trust and security. If you don’t make her feel wanted, she won’t feel safe or needed. She’ll be worried that this relationship is going to fall apart at any moment, and she’ll start considering her options.

Make sure that she knows how important she is to you.

Make sure that she knows you want her more than anyone else.

These are seven relationship red flags and deal breakers. Commit any of them and there is a big chance that she’s gone.

Want to improve your relationship quickly? 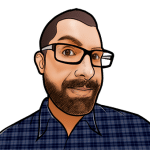 Quality Men Know - Texting Is Only A Tool  Go 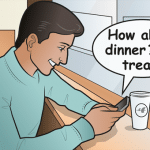 Should I Text Her? 5 Rules For Knowing When To Text  Go