10 Signs A Guy Is Really Into You

I'm so excited to introduce you to Dee Simone, a fabulous dating and relationship expert that gives women a unique new perspective on dating, love and life in general. I have been a huge fan of Dee's for years and love her insights into the behavioral aspects of dating. Her advice is always spot on! 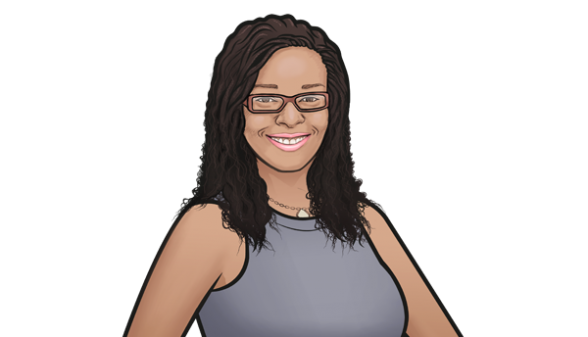 When you first start dating a man, it’s normal to wonder whether he’s really interested in you. Yes, you’ve gone on several dates, but is he interested in dating you long-term? Unfortunately, there isn’t one specific sign you can look to in order to tell if a guy is really into you. In fact, there are several factors that you need to take into consideration when trying to figure out a man’s level of interest in you.

So, the next time you’re wondering if the man you’re dating really likes you, remember these 10 signs a guy is really into you:

1. He Regularly Calls You

We live in an era where texting has become the dominant form of communication, especially in the initial and early stages of dating. While it may seem nice that a man wants to text you throughout the day, there needs to be a point when he wants to pick up the phone and hear your voice. Texting is often superficial and can only take you so far in getting to know a person you’re dating.

So, when a man regularly calls you, it shows you that he is willing to put more effort into talking to you and is more likely trying to get to know you. If you’re dating a man who has no problem going days or weeks communicating with you by text only, he’s honestly not that interested in you.

2. He Takes You On A Real Date

If a man won’t take you out on a date, he has no interest in you at all. In today’s dating scene, the coffee date has become very popular. And, from the male perspective of spending a lot of money on dates with women they may never see again, it’s understandable that some men will prefer a cheap coffee date. But, here’s the thing, if a man is trying to date and still conserve money, a coffee date is a lazy alternative.

Dates don’t need to be expensive or costly to be enjoyable. There are plenty of things you can do for a date that require little to no money. If a man is really into you, he’s going to put effort into taking you out on a real date, budget or no budget!

3. He’s On Time For Your Dates

This may seem like an unimportant sign, but a man that is really into you won’t want to keep you waiting for him at a restaurant or wherever your date is.

A man who is excited about seeing you will be on time, if not early!

4. He Pays For Your Date

If a man wants to get to know you and asks you out on a date, he should be paying for the date. If you’re doing a lot of activities on your second or third date, it’s a nice gesture to offer to leave the tip or pay for parking. Outside of that, the man that asked you out should be picking up the tab. After several dates, you’re more than welcome to go “Dutch,” but, if a man isn’t willing to pay for your meal or drink on a first date, he just doesn’t feel strongly about you.

5. He Doesn’t Cancel Your Date

When a man is into you and he really wants to see you, he’s not going to cancel your date. Unless your date truly has some emergency to deal with, there’s no reason why he should be canceling a date that he asked you out on.

If a man actually does cancel your date because he’s “tired from work,” “has an early morning,” or some other random excuse, he’s not genuinely into you. You want a man that feels strongly enough about you that he wouldn’t want to cancel your date for any reason, even if that does mean being a little sleepy at work the next day.

6. He Listens To You

Have you ever been on a date where you could tell your date wasn’t paying attention to a word you were saying? Yes, that guy, he’s not interested in you! Instead, you want a man that stays engaged in the dialogue and contributes to the conversation in a way that lets you know he’s heard what you’ve said.

7. He Wants You To Meet His Family

8. He Stops Dating Other Women

This is a great sign! When the guy you’re dating stops dating other women, he’s definitely into you and open to where the relationship could go.

9. “The Boys” No Longer Interest Him

When the guy you’re dating cuts back on the amount of time he spends with “the boys,” he’s definitely into you! Not just any girl will be able to take a man’s attention away from his friends, but if you notice your guy turning down plans so he can spend more time with you, you may be on your way to winning his heart.

10. He Spends His Weekends With You

If your date doesn’t work weekends, but he doesn’t make plans to see you during the weekends, this is definitely a red flag. If you’re not worthy of getting his time on a Friday or Saturday, you need to rethink whether this man is worthy of your time at all!

Remember ladies, it’s easy for a woman to get a man, but it’s not easy to get a good man. If you settle for a man who only has tepid feelings for you from the start, you’re most likely setting yourself up to date a man who may never have strong feelings for you. So, pay attention to these ten signs a guy is really into you so you can focus your attention on the men who actually deserve it! 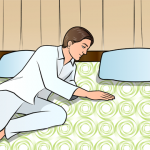 20 Thinking Of You Texts For Him  Go 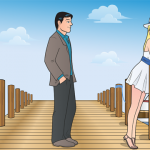 Dee Simone is your dating and life coach extraordinaire. She’s a Licensed Attorney and Certified Mediator with a Bachelor's Degree in Sociology. Dee is also the creator of Dee's Dating Diary www.DeesDatingDiary.com, which is an online avenue for women to seek valuable dating and relationship advice. For one-on-one sessions, group seminars, speaking engagements, or singles events, send an inquiry to Dee@DeesDatingDiary.com You can follow her on Twitter @DeesDatingDiary or Facebook FB DeesDatingDiary

View all posts by Dee Simone

5 Responses to “10 Signs A Guy Is Really Into You”