What Turns Men Off Via Text

We always want to know how to seduce a man over text. Have you ever been in a situation where you could feel the sexual tension brewing until you totally killed it with a stupid text? “Did you seriously just say that?” There are texts we can never come back from. Texts that ruin us - and worse still, kill the throbbing sexual tension with a guy. It was simmering, and we had to go and say he looks like his dad (but he does!). We’ve been asked how to build sexual tension via texting in the past. But do you know the other equally important question that always pops up? 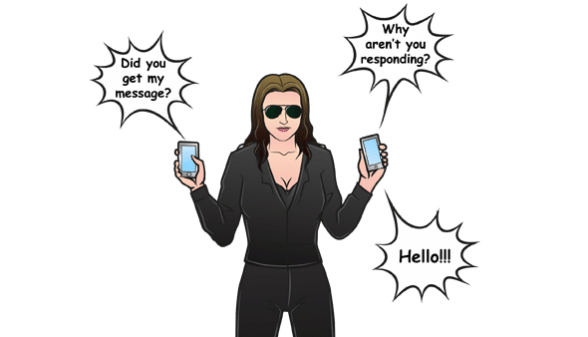 What turns men off via text and actually kills sexual tension by mistake?

Learning what works and what doesn’t work is essential if you want to keep the flames of passion burning strongly, and this is especially true when it comes to texting.

Texting isn’t always easy, particularly when it comes to building desire. It’s not just a case of knowing what to say – it’s also a case of not knowing what not to say. Text the wrong things and he’ll sigh, make a cup of coffee and ask you how your day was.

Well, guess the fun is over for another night!

Let’s take a look at what turns men off via text so it doesn’t keep happening.

Let’s get this one out of the way right away. Don’t ever, EVER text any of these:

“Are you even there?”

Mood killers 101. It’s the ultimate mistake when it comes to what turns men off.

2. What Turns Men Off? Taking Things Too Far

Another tip for how to seduce a man over text is to remember you still need to play by the rules. Before texting anything, ask yourself how weird it sounds to you. If it sounds too out there, don’t send it.

There is an episode of Seinfeld that perfectly illustrates this. A woman convinces Jerry to talk dirty to her, but runs for the hills when he says something that totally weirds her out.

The great thing about texting is that we can literally edit ourselves before we’ve even sent the text!

Don’t go too far. Don’t be the odd-ball with the weird fetish that he might not like.

Since we all have different tolerance levels, it’s impossible for us to say what might and might not freak him out. But for example, “I want you to suck my toes so badly right now,” is arguably a mood killer if he’s not into feet!

If you want to turn a man on through texts, make sure you know what he likes and dislikes, and don’t go too far.

There is an art to building sexual tension via text, and you MUST be imaginative and decent with words.

What turns men off via text? Closed-response texts. You will instantly destroy the mood.

Where can he go next? When you’re trying to seduce a man over text, give the poor guy something to work with!

You’re trying to build the tension, and so is he. The last thing he wants you to do is criticize him for his efforts:

“I hope that’s not something you typically say to girls.”

“Please brush your teeth next time.”

“LOL you’re coming nowhere near me in that shirt.”

It’s the kind of text that probably isn’t going to make him feel sexy. Instead, it’s just going to irritate and even embarrass him. Two major contributing factors when it comes to what turns guys off. Let him do his thing, and if you’re not enjoying it, try to subtly push him into a different direction.

Always remember: nobody likes a critic

You might think that when you’re trying to turn a man on through texts, you have to talk super duper dirty and say sexually explicit things early in the relationship.

This is a bad idea. Tension is built subtly, and over time. When you’re too explicit, all the tension instantly evaporates. Slowly get your sexy on as your relationship matures.

Tension is built when we know what the other person wants without them coming out and saying it explicitly.

Still want to get flirty? It’s a much better idea to use innuendos that allude to what you want to do with him, rather than saying something outright.

For example, instead of saying “I want to have sex with you,” you can instead text, “I was just thinking about you and me and…maybe you should come over so I can show you :)”

Being explicit means you’ve reached the summit without doing any climbing. In other words, you’ve built zero tension but decided to get straight to the point. Boring.

Another tip on how to seduce a man over text is to remember the push and pull. When you pull a man via text, you’re drawing him in and showing him you’re into him. When you push him, you’re teasing him and not bending over backwards for him. The chase is on.

What turns men off? All pull and no push. It is unappealing and doesn’t build any sexual tension.

For example, if he decides it’s time to meet, you’re going to be ambiguous:

Don’t give him what he wants – yet.

And that’s how simple it is when it comes to what turns off men. Stop yourself from sending these unsexy texts and instead focus on how to seduce a man over text. Don’t forget to comment and share! 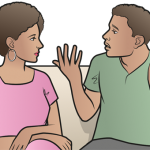 Could Emotional Cheating Be Ruining Your Relationship?  Go 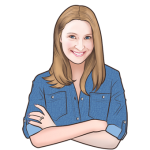