Questions can keep a conversation going and help build momentum, or - especially if they look forced - they can kill it dead. Knowing what questions to ask a girl via text can make or break your texting relationship. Ask the wrong questions, and she'll soon get bored and move on to the next guy. Ask the right questions, however, and her interest is going to get deeper and deeper. In this article, we take a look at how to improve your chances with a girl by asking the right questions. 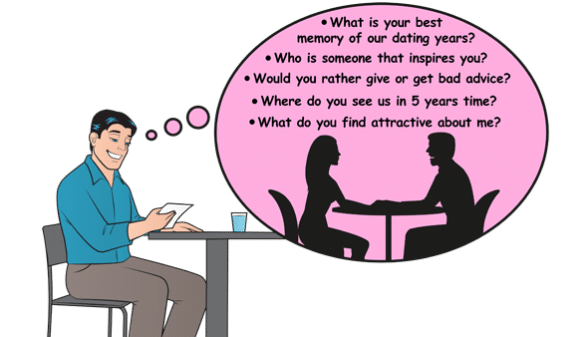 Good work on getting her number, but the real work starts now with the right questions to ask a girl via text.

Many guys manage to turn an awesome situation into an awful one. In other words, they’ve got her number but then messed everything up by asking the wrong questions.

But there is good news!

Girls – no matter how hot – will keep talking to you provided you ask the right questions that keep her interested. And the more interested she is, the more attraction she will feel for you.

Ask the right questions and she’ll be more and more attracted to you.

Ask the wrong ones, and you’ll strike out.

It doesn’t matter if she gave you her number. There’s still a LOT of work to do. Let’s take a look at the best questions to ask a girl via text.

Exploit the Rule of Three

What is the rule of three? It’s when you ask a girl a question and offer her three possible answers.

The first two examples can be serious, but the third HAS to be funny. Here’s an example:

“What would you prefer to do if we met up at noon? Coffee, cake… or tequila slammers?”

The rule of three is used a lot in marketing, but it works in a dating context, too. It’s a great way to break the ice and show her you’ve got a wicked sense of humor.

“You’ve got a FULL three days of work. What do you do: Take a road trip, complete some chores… or sleep for 72 hours?”

Ask Her What She’s Up To… But Make it Entertaining

“Hey, what’s up?” is a classic line… a classic conversation-killing line. It doesn’t take the convo anywhere and it’s hardly likely to catch her attention.

Instead, remember the rule of three, use your imagination and try something like this:

“What are your Monday night priorities? Netflix, wine, or a longgggggg bath?”

It gives the question a bit more personality, and it’s very likely that her answer is going to be one of those. After that, you can indulge in a bit of flirting by pretending to have psychic super powers!

The best questions to ask a girl via text are ones that are personalized to her. Otherwise, she’s going to suspect that you’re just asking generic questions that you’ve asked other girls… or that you found from an article like this.

I can’t help you fill in the blanks here, but check out this example below and think about how you can tweak it so that it aligns with your girl’s interests and personal tastes:

“An elementary school teacher, huh? You’re not one of those really mean math teachers I had as a kid, right? Because the ONLY thing worse than having one of those as a kid would be actually dating one later in life :P”

I used an emoji in that example because sometimes she has to know you’re just teasing her. Remember, she doesn’t know you all that well yet, so it’s important that you don’t scare her off with a joke that she takes seriously.

This is a really important point, because when you start personalizing your questions, the last thing you want to do is offend her.

One more thing, make sure to use her name. It’s as sweet as music to her.

We all like to talk about ourselves, no matter how much some people would deny this. As such, it’s a good idea to ask questions that get her onto one of her favourite subjects – herself!

This is a good idea in more ways than one. For one thing, she’s going to be comfortable talking about something she knows so well. For another thing, asking her questions about herself shows that you’re interested in her and want to get to know her better.

Here are some examples of the questions you could ask:

“What’s your biggest dream in life?”

“When was the last time you were massively spontaneous?”

Make sure that you keep the questions positive. Avoid negative questions like “What’s your biggest fear?” Questions like that could create too many negative emotions and images, which is the LAST thing you want.

Moreover, make sure any questions you ask at the moment is FUN. If it’s a downbeat question, discard it. The aim is to make her attracted to you, and you can only do that by creating a fun persona of yourself.

Feel free to take some of these questions to ask a girl via text and use them exactly as they are, but if you really want to show her that you are interested, take the time to personalize every text you send. 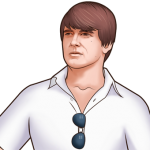 7 Funny Texts That Will Make Her Day  Go 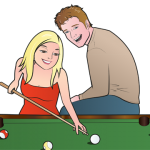