Should I Text Him First? Maybe

You had an awesome first date last night, but you still haven't heard back from him today. Now you're wondering "what happened?" You're confused because last night seemed to go so well, so WHY hasn't he already texted you? Did you do something wrong? Relax. Probably not. 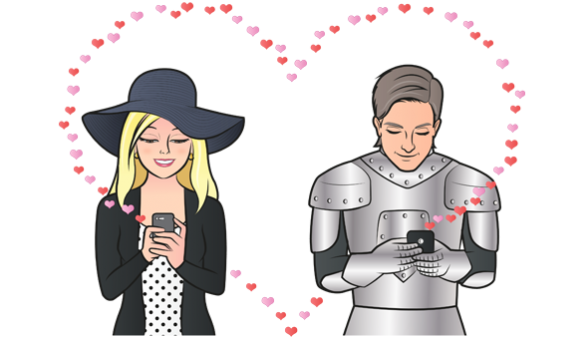 It might just be how he communicates, because he’s male. It’s a commonly held belief that men and women communicate differently, but now science has proof. So go ahead and rest easy knowing that “it’s not me, it’s you” is probably accurate.

Communication just for the sake of communication does not appeal to most men, according to PsychCentral. Most men need to have a reason for communicating, such as asking the person for a favor or making plans to meet up in person.

This is because men like to be efficient. Men like to get straight to the point and not waste any time on “fluff”. Texting a woman for no other apparent reason than just to chat is pointless to most men.

When a woman likes a man, she wants to know the details of his day. Knowing this kind of stuff makes her feel like she’s forming a closer bond with him.

If she isn’t currently talking to him in person, texting seems like the next best option (because at least she knows he’s thinking about her). If he isn’t texting her to ask how her day is going, she might wonder if it’s because he doesn’t care. She might even think to herself, should I text him first?

So, Should I Text Him First?

Maybe. It depends on why you want to text him.

If the two of you have a date lined up for Friday night, feel free to text him on Friday afternoon to confirm that it’s still on.

Most men would have no problem with that, because you’re communicating like a man. You have a legitimate reason for texting him.

If you’re sitting at home bored and you know he’s currently at work or with his friends, you probably shouldn’t text him saying “hi” just because you want entertainment. He isn’t likely to respond quickly (or at all).

Texting him for no reason beyond just wanting to chat is acceptable every once in a while, but most guys don’t want to do it all day every day, especially if they know they’ll get to see you in person in the somewhat near future.

A 2013 University of Maryland study reported that boys and girls as young as four already start showing differences in their communication styles.

Because women are so used to talking about their feelings after having done it all their lives, it is considered perfectly normal for them. It’s not the same way for men, though. It’s often frowned upon for a man to talk about his feelings with another man because it shows weakness.

Many men are encouraged from a young age to suppress their feelings, so it can take some serious bravery for a man to open up to a woman. Even the thought of texting a woman too much can freak a man out because it implies he has feelings for her.

Fear Of Being Vulnerable

There’s a fear of showing vulnerability that comes with putting oneself out there by making the first move, even if it’s just a simple text saying hello and not a detailed love letter. Men feel like they’ve lost power if a woman doesn’t respond to their text, and that fear can prevent a man from reaching out at all.

Women often don’t understand this because they assume men were raised the same way, so they figure if a man isn’t texting them, it means he’s not interested.

Should I text him? Yes. Just go for it. He might just be afraid and will be relieved to hear from you!

Is Someone Feeling Down?

The differences in communication style can be especially apparent when a man or a woman is upset.

According to PsychCentral, women attempt to solve their problems by talking about them. For example, a woman might text her boyfriend describing the situation and asking for his feedback, but because men like to solve problems efficiently, he might respond by offering up quick solutions when really all she wants is just someone to listen to her.

Men do the opposite though. A man is more likely to retreat off by himself until he thinks he’s got his problem taken care of. His girlfriend might text him offering up mental support because women like to nurture, but he might interpret that as her not trusting him to fix things on his own. The fact he hasn’t texted, might cause her to worry that she did something wrong, and is now losing him, when actually it’s very likely that his problem has nothing to do with her.

Should I text him?: If you know your man is feeling down, it’s probably a bad idea. Your best would be to leave him alone until he’s ready to come back, but find a way to distract yourself in the meantime.

Spelling And Punctuality And Emojis, Oh My!

Look at any screenshot of a text conversation between a man ad a woman, and you’ll likely see some differences in the way they type.

According to The Cut, men have to actually put in effort to not look like a jerk when texting women, by using more exclamation marks and emojis. They try to imitate the common female texting style, because they know the common male texting style of just simple words with no signs of emoticon can be misinterpreted as rude by women.

Most women have a habit of showing enthusiasm while texting, because that’s what they’ve always done. They’re not afraid to use as many exclamation marks and emojis as they want, except when texting a man. It’s not uncommon for women to tone down their enthusiasm a bit to avoid scaring the man off.

Learning how men communicate and then using their style can prevent a lot of common dating problems… So the next time you’re wandering “Should I text him?”, just make sure you have something to say.

And if you’re out of creative message ideas sign up for our free 30 day texting club with over 300 messages! 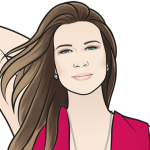 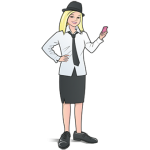