Are you in a relationship and worried that your man might not be quite the Prince Charming you thought he was? In this article, I take a look at the 5 red flags you should never ignore. I know what it’s like. In the early days of a relationship, you’re so smitten with him that nothing else seems to matter. It’s just you and him versus the world. Of course, you wish your friends all really liked him too, but we can’t all like everyone, can we? And besides, they’re just jealous! But you do wish they would stop trying to “warn” you about him. What is up with that? Can’t they just be happy for you? 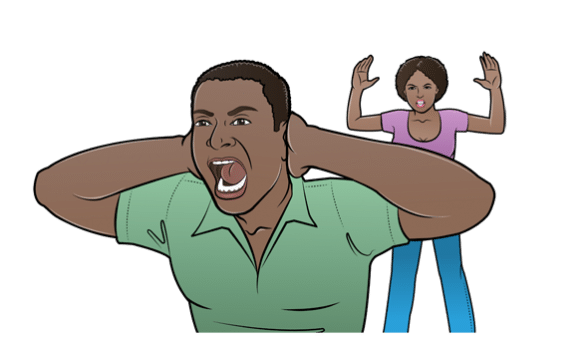 Pretty soon, however, you start to have concerns yourself. He starts behaving differently, even oddly. He does secretive things, gets angry for no apparent reason, and doesn’t seem to like your male friends. All of these are major red flags in relationships (in healthy relationships that is).

Part of you knows that something isn’t quite right here, but you’re also in love with his smile, his handsome looks, and you know he’s just the sweetest, most charming thing when he wants to be.

And so you carry on with the relationship until things get so bad that you never see your friends anymore, he’s angry all the time and you can’t escape from him.

That sounds dramatic, but it’s what can happen when we fail to spot the danger soon enough. Some guys should come with a warning label. Since they don’t, here are 5 red flags in relationships you should never ignore.

He Flirts with Other Women

Some guys will argue that flirting is nothing. But those same guys will have an excuse if you caught them kissing another girl.

“I was CLEARLY stopping her from choking on a piece of lobster!”

Flirting with other girls isn’t illegal, and it doesn’t have to be enough to spell the end of a relationship. But it depends on the context, who the girl(s) is, and how often it happens.

If you catch him flirting with other girls, talk to him about it. Some guys don’t even realize their banter is actually flirting.

If he’s brazen with his flirting, clearly gets a kick out of it and thinks it’s no big deal? It’s a major red flag.

He Has No Ambitions

Red flags in relationships come in all forms. Perhaps you were cool with his lack of ambition at first. Perhaps it was even a bit refreshing.

Hey, there is nothing wrong with a bit of chill now and then, right?

However, if it’s become clear that he literally has zero plans and ambitions beyond his next video game, it’s time to bail out.

A slacker is the last thing you need in your life, especially if you happen to have ambitions of your own. A man without ambition has no substance, no excitement, and no passion.

And this will mirror your relationship.

He Has a Temper

You can forgive him for getting a bit angry now and then. Anger is a human emotion.

But if he’s got an actual temper and has turned into a monster on more than one occasion, it’s a HUGE red flag that you should not ignore.

Guys who get angry at even the smallest of things are generally bad news. At first, it might seem sexy. But you’ll soon come to realize (perhaps too late) that his fury is the unsexiest and scariest thing ever.

If he snaps easily at the slightest thing and doesn’t mind shouting at you, quit before it’s too late.

He’s Only Ever Had Short Term Relationships

Imagine if you told a guy that your longest relationship lasted over two years, and he looked shocked, giggled and said that he’s never been in a relationship that’s lasted more than three months?

It would be your turn to be shocked!

If a man has never had a long-term relationship before, it suggests a few things. It suggests that he has commitment issues, that he’s difficult to live with, or that he’s emotionally unavailable and immature.

Whatever the case, be super careful and wary of men who have never had a long-term relationship.

He won’t let you touch his phone

– and he gets angry when you take it from him.

His reasons for his absence don’t add up. It always sounds like he’s making excuses and telling lies.

If the man you’ve met is super secretive, it’s another glaring red flag that you shouldn’t ignore.

These are some red flags in relationships that you should never ignore. Got your own horror stories of a man who should have come with a warning sticker? Feel free to leave us a comment below! 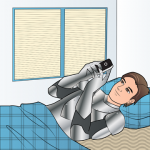 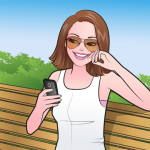