Could Emotional Cheating Be Ruining Your Relationship?

Hey guys, what type of cheating do you fear most - physical cheating, or emotional cheating? And just as importantly, what are you doing to prevent it? If you don’t have a clear answer to both of these questions, then make sure you don’t miss this article! 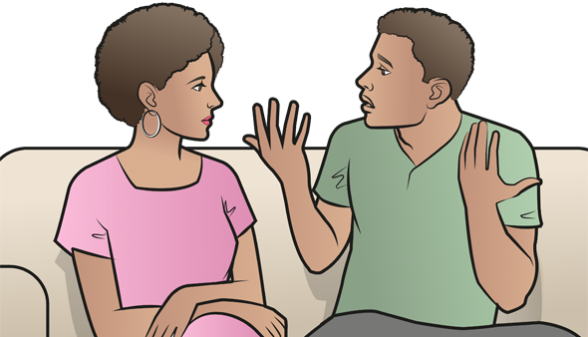 Girlfriend: “Not much. You?”

Does that conversation look familiar? It shouldn’t, but it probably does.

Now ask yourself: How much effort did that conversation involve? How excited do you think that man’s girlfriend was about it?

Where Emotional Cheating Comes In

The less excited a woman is about her boyfriend, the less attractive he becomes. The less attracted she is to him, the more likely she is to break up with him or stay with him while seeking affection elsewhere — also known as cheating.

This doesn’t necessarily mean she’ll be getting down and dirty with another guy. She might be engaging in another less-obvious form of cheating known as emotional cheating.

That handsome male coworker who she swears she’s “just friends” with? He’s probably putting in more effort than her boyfriend to communicate with her. Even if she’s not hooking up with him, she’s still noticing everything he’s doing that her boyfriend is NOT. And she’s taking notes.

If you are “the boyfriend” and want to keep her around, you need to step up your game so that your competition doesn’t win.

How can you do this? Do you need to quit your job and start following her around 24/7, catering to her every whim? Buy her a million-dollar diamond necklace or a phat ride?

No. Absolutely not. All you need to do is simply put in more effort. Instead of inviting her over to literally “Netflix and Chill” for the 87th time, find a new restaurant on Yelp or try YOUR hand in the kitchen.

If you’re on a tight budget, walk around a beautiful park together during sunset, and then passionately kiss her under the stars. Romance doesn’t have to be expensive or extravagant. It can be as simple as holding her hand or pulling her in for a long, warm hug when she least expects it.

When You’re Not Physically Together

Love isn’t just an in-person activity. At least it shouldn’t be, because it’s impossible for most couples to be physically together all day every day. Between commitments such as work, friends, family and school, it can be difficult to spend a significant amount of time together, even if you live in the same house. That’s where cell phones come in.

Text To Your Advantage

Instead of the same old mundane small talk, text a funny photo or video. Or, make it personal and text her how beautiful she looked in her new dress last night. If she has a high-pressure event coming up, text her just to say good luck and that you wish you could be there to cheer her on…

Make communication a priority in your busy day. Don’t send rants, boring text messages or none at all…

Each text message you send should be something that YOU would like to receive.

You don’t need to be as smooth as Drake or have Justin Bieber’s voice to impress her. Just do something every day that will make her smile and go “awwww.” Show that you value her by putting in the time and effort to keep her. These little things are free, and yet they’re worth more than all the flowers and chocolate in the world.

Treat her with respect and always be courteous. Make plans to spend time with her at least once a week. If your relationship is long distance, make sure you’re video-chatting her regularly. Don’t ever be “too busy” for her.

“Too busy is code for “you’re not a priority.”

When you have plans with her, show up on time and don’t ever cancel or reschedule unless an emergency comes up, such as a car accident. Treat her exactly how you would want her to treat you.

Laziness Is The Devil

Laziness is one of the most common reasons why long-term couples break up – laziness when it comes to romance, their bodies, their careers, their communication, just laziness with life in general. They fall into the trap of thinking they no longer have to put in effort because they’ve already won their partner’s heart.

Nope. Sorry. This is false. And this sets the stage for emotional cheating.

Are You The Same Guy?

She didn’t break up with you because she met someone taller or richer. She broke up with you because you’re not the same man she fell in love with. To keep her around, you need to keep being that man. Whatever you were doing at the beginning of the relationship, continue. Don’t stop. That’s the simplest way to keep her interested.

If you entered the relationship with lofty career ambitions and toned muscles, don’t trade those in for days of video games and a massive beer gut. If the relationship began with frequent nights out and tailored suits, don’t morph into a guy sitting around watching the boob tube in dirty sweatpants.

That’s all fun and games once in a while, but your “lucky Nike sweats” shouldn’t be the norm. She’ll get bored fast…and the risk of emotional cheating will sky rocket!

Hold her accountable too. If you’re doing all of the above and she isn’t, you have every right to expect her to do the same.

Why Emotional Cheating Is The Worst Thing EVER

Emotional cheating is the worst type of cheating because, unlike sexual cheating, it doesn’t happen in an instant. It builds up over time until someone finally decides they’ve had enough, often to their clueless partner’s dismay. Like a medical disease, you can cure emotional cheating by catching the symptoms early and working to improve them.

Sign up for our free 30 day Texting Club trial and you’ll receive over 300 text messages! 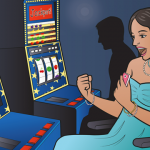 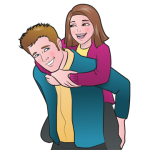